AM100 2018: countdown and analysis of the UK's biggest franchised dealer groups available now 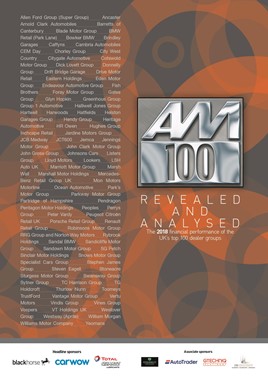 Revealed and analysed - the financial performance of the UK's top 100 dealer groups.

There are some who reject the suggestion of consolidation among the UK's franchised dealers.

Some argue there is little ultimate benefit from building large-scale operations, which, by their very nature, require extra levels of management and controls that eat away into the profits generated.

Yet at the head of the AM100 for the second consecutive year is a national group that annually generates almost £1 million profit per outlet and which adapts its strategy quickly in line with market trends. Beneath it are others that have also grown rapidly in recent years and still accrue profits per staff member that many smaller operators would envy. 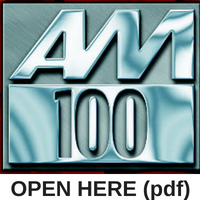 Of course, it is sensible to question whether scale is where the future lies. As new car retailing evolves, and some sales are conducted online, will larger or smaller dealer groups be in a strong position to adapt accordingly? Will they need financial resources and infrastructure to develop their businesses and acquire additional revenue streams?

Scale is a key measure of our annual listing.

The entry point is now £132m in turnover. We have also passed a significant threshold this year. The number of franchised outlets within the AM100 has exceeded 3,000 which is 79 more than last year and 505 greater than the sites held by the AM100 in 2013.

However, our data also reflects the difficulties most franchised dealers face.

Our chart of the top performers for profitability shows trading has toughened as the new car market has dropped and record breaking returns are likely to become a happy memory for now.

AM100 2017: How motor retail bosses plan to meet a unique set of challenges this year

AM100 2017: How motor retail bosses plan to meet a unique set of challenges this year