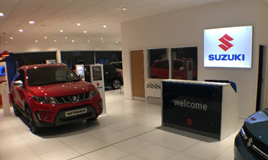 Batchelors Motor Group has begun Suzuki sales in York ahead of the opening of an all-new showroom facility at the city’s York Business Park next month.

The Ripon-based Suzuki and Mitsubishi retailers is expanding into the city with a new showroom at the business park on Ings Lane, Nether Poppleton, but has already begun offering the city’s car buyers access to the brand via a temporary location on nearby Hudson Court.

The Hudson Court facility is serving as an additional used car forecourt, Suzuki Service Centre, temporary service reception and new car display ahead of the opening of the new seven-car showroom in late October. 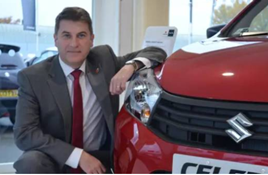 “Initially opening with the Suzuki franchise, of which Batchelors has been partnered with since 1996, for over over 22 years, this exciting new venture with Suzuki sees a significant financial investment from Batchelors and will create at least 15 new jobs.”

Denton said that the Batchelors motto was “TLC not PLC”, adding that his business is committed to customer care.

A statement issued by the group said that it helped customers buy more than 1,000 cars per year, with workshops spending an average of 12,000 hours per annum servicing our customers cars.

Commenting further on the new Suzuki franchise’s opening, Denton added: “This Is an exciting new venture for Batchelors.

“We are looking forward to meeting the pre-existing Suzuki customers in York and new customers too. If you have any queries about this please don’t hesitate to contact us.”