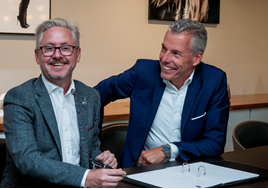 JCT600 will bring the Roll-Royce luxury car franchise to Leeds with the opening of a new purpose-built showroom after Pendragon withdrew its plans for a Stratstone operation in the city.

Scheduled to open in November, under the management of JCT600, the new franchise point will offer both new and Provenance Pre-Owned Rolls-Royce motor cars and will operate initlally from a temporary facility ahead of the creation of a purpose-built dealership.

The new showroom and service facility is currently in development and will open in the second half of 2019, although Rolls-Royce said that confirmation of the location was still pending.

Julian Jenkins, regional director, Rolls-Royce Motor Cars Europe, said: “JCT600 is a greatly respected business in the luxury sector and this partnership will ensure that the extremely high expectations of our customers in the North of England will be met.

“Rolls-Royce Motor Cars Leeds also demonstrates the marque’s confidence in its prosperous domestic market as it expands to meet sustained demand from wealth and job creators who choose to reward themselves with a Rolls-Royce motor car.”

Rolls-Royce said in a statement that it had identified the Leeds city region as an ideal location for its eighth UK franchise.

The city currently has a £64.6 billion economy that is forecast to grow 21% over the next decade, the bespoke showroom further expands the marque’s presence in its domestic market, signalling confidence in continued long-term sustainable growth in the United Kingdom.

John Tordoff, chief executive of JCT600, said: “We have a long heritage of partnering with some of the world’s leading luxury car marques and we are delighted to be representing the Rolls-Royce brand.

“With its timeless appeal, the iconic Rolls-Royce range will be popular with discerning customers throughout Yorkshire and the North of England who will be able to see, touch and drive these stylish and luxurious vehicles.

“It is a great testament to the region that such a prestigious and coveted brand will have a home here in Leeds.”

Pendragon announced in June 2017 that it planned to start construction of its Rolls-Royce Leeds dealership later that year.

Its statement abou the new luxury franchise came after the business announced a strong start to 2017 with significant growth in the used cars and aftersales markets, and plans to continue expanding its Evans Halshaw Car Store franchises.

In an interim statement to the London Stock Exchange the AM100 dealer group reported that its revenues had grown 10.4% like-for-like between January 1 and April 26 with underlying profit before tax up 17.6% on the same period last year.

Six months later the former AM100 number one retailer announced that it would dispose of its US-based retail group and begin the reduction of its premium franchises in the UK as part of a revised business strategy.