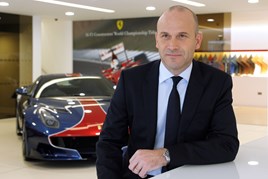 Sytner Group recorded a 9.3% decline in profit before tax as it generated a record turnover during 2017, annual financial results have revealed.

In the year that saw the group’s owner, Penske Automotive Group, grow the Sytner business with the £89m acquisition of the Car Shop used car supermarket, turnover rose 15.6% to £5.6bn as pre-tax profits still maintained their second-highest level ever at £99.1m (2016: £109.3m).

During 2017 Sytner also acquired Trainer BMW and Mini in Swansea but left the Lexus franchise with the disposal of its sites in Bristol, Milton Keynes and Leicester.

However, the group attributed its 2017 decline in pre-tax profits to “a decline in new car volumes and margins”.

In a statement signed off by the board, the group said: "The trading performance of the group for the 2017 calendar year was strong, resulting in the second best annual profit before tax in the group's history.

"The company's focus for the future is to organically grow the business, along with its franchise partners, and to progress acquisitions where opportunities arise.

"The group has invested further in the used car supermarket and further capital investment is planned in this area."

In January this year Sytner invested in the acquisition of Wakefield-based car supermarket, The Car People.

The move resulted in the creation of a car supermarket division with almost £500m annual turnover, in which The Car People and CarShop will operate separately, led by Car Shop chief executive Jonathan Dunkley.