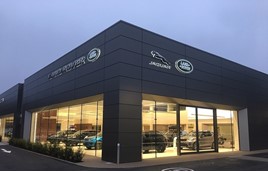 Jardine Motors Group has opened the doors to its new Jaguar Land Rover dealership near Tonbridge following a £12 million investment to bring together its two existing sites with the manufacturer.

The new site, on Woodgate Way, Tonbridge, will trade under the AM100 group’s Lancaster banner and merges the existing dealerships in Tonbridge and Sevenoaks to a new showroom under JLR’s dual ARCH Concept showroom style.

Paul Varney, head of business at the new Jaguar Land Rover site, said: “I am excited to be given the opportunity to bring these two teams together in this amazing new facility.

“I aim to continue to foster a positive, collaborative work environment and culture to make this one of the best performing Jaguar Land Rover dealerships in the country, a goal the rest of the team share and are working hard to achieve.” 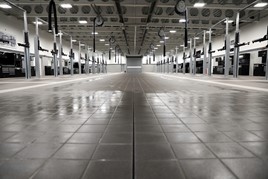 Jardine said in a statement that the delivery of the dealership had come as a result of “a collaboration between Jardine Motors Group and its brand partner Jaguar Land Rover to invest heavily in building a car dealership for the future”.

The group said that its new facility was positioned as one of the group’s best-looking and commercially-optimised spaces.

As part of the restructuring of Jardine’s JLR operations in the Tonbridge area of Kent a number of colleagues have received promotions.

Lee Turner, who has worked with Jaguar since the age of 16 as an apprentice technician, has become a service manager.

Commenting on his promotion, Lee said: “Working as part of this fantastic team has helped me achieve so much in such a short time.

“I’m very grateful to Jardine Motors Group for giving me the opportunity to lead such an innovative team as part of a brand new dealership.”