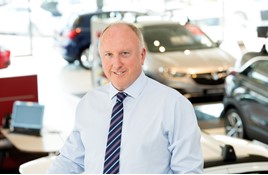 Pentagon Motor Group has completed the acquisition of TrustFord dealerships in Warrington, St Helens and Runcorn to join the Ford franchise for the first time.

The newly-acquired sites – including the flagship Warrington Ford Store – have now been rebranded as Pentagon Ford and became fully-operational under their new ownership this week.

Pentagon’s operations that now extend to 41 franchise outlets, with 26 sites across the East Midlands, North West, South Yorkshire and Lincolnshire.

David Lewis, managing director of Pentagon Motor Group, said, “We are all very positive about this acquisition, and, though we already have important franchise outlets within our Group for a number of other major manufacturers, these Ford sites are the first to be operated under our Pentagon brand.

“We have worked hard to get to this point with Ford, and as all colleagues have transferred over to Pentagon, customers can continue to experience the same high levels of service for all their vehicle sales and servicing needs.”

The vehicle division of Imperial Holdings SA acquired the Derbyshire-based group for a sum reported to be R493-million (£28.5m).

Although this is the first Ford introduction into the Pentagon Motor Group Motus Holdings (UK) Ltd already has Ford Transit Centre operations, in Grimsby and Halesowen.

These are part of the van operations of its Imperial Commercials Division, which also includes the largest DAF Trucks dealer group in Europe.

Speaking on behalf of Motus Holdings (UK) Ltd, chief executive Rob Truscott, said: “Our approach to growing any part of the Motus business is to look for genuine opportunity at sensible investment levels where we can feel very confident of the overall proposition.

“The Ford brand is a great fit with our wider aspirations and I'm delighted these sites are now live following a smooth handover, so the teams can get on with delivering excellent service for local customers.”