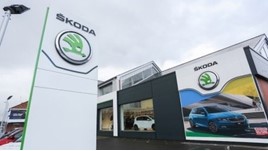 Marshall Motor Group has acquired Sandicliffe Motor Group’s Skoda franchises in Nottingham and Leicester to add to its portfolio of UK dealership sites.

The AM100’s seventh-placed retail group took its representation of the Czech brand to seven sites across the UK with the move, which was announced by chief executive, Daksh Gupta, via Twitter over the weekend.

Gupta said: “I am really proud to announce that we have completed the acquisition of Skoda in Nottingham and Leicester, making us one of the largest retailers in the UK for the brand with seven locations.

“A warm welcome to our new colleagues! I can’t wait to meet you all.”

The Cambridge-based franchised retail group grows its presence in Leicester once again with the Skoda showroom acquisition, following the closure of its Vauxhall franchise in the city back in October.

This week’s acquisition of the Sandicliffe sites also marks a return to expansion for the retail group following a clutch of closures in late 2017. 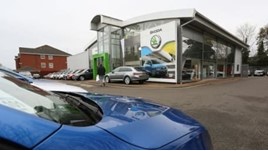 A total of five franchised dealerships and a used car centre after a review of the business.

The decision was made to close Citroen Cambridge – its last representation point for the French brand – plus Honda Mountsorrel, Nissan Boston and Vauxhall Welwyn Garden City in October, 2017.

The fifth franchised dealership to close was Maserati Oxford, which Marshall said shares a "subscale site" which has a high fixed cost base.

"What we've done is taken a proactive and decisive step to underpin the profitability of the group, to try to maximise the returns for shareholders, and to try to redeploy as many people as want to be redeployed," Gupta told AM at the time.

Gupta said that the business closed by the group at the time had generated an average turnover of £6-7 million, compared to Marshall's overall average of £22-23m.