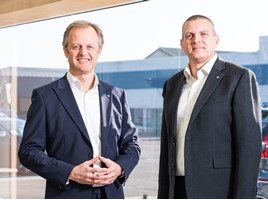 Endeavour Automotive has taken over the operation of Hyundai’s Westfield Stratford City car retail store just 13 months after Motorline took control of the operation from Rockar and Hyundai Motor UK.

The London-based retail group took control of the store on March 1 and will operate it as a satellite facility of its new-in-2018 Hyundai North London showroom, 10 miles away, in a move that could pave the way for future store ventures for the group – including a possible tie-up with Geely’s Polestar performance EV brand.

Speaking to AM, Endeavour’s managing director, Adrian Wallington, said that all of the existing staff at the store – some of which are original Rockar recruits from its opening in 2015 – will be retained.

He said: “It’s a new venture for us in terms of the retail store concept. It’s a hard concept to ignore. They had 10,000 people through the door in January alone.”

Wallington would not comment on the number of sales the facility had achieved before Endeavour’s tenure began, but said that it would represent a new revenue stream for the group. 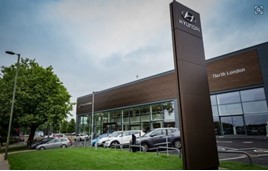 “We’re supporting the business in terms of management and logistics.

“There are a fantastic display of cars in there and we’ll support that with our daily rental business also.

“We’re starting to do daily rental with Hyundai which we will be able to offer from the Stratford store so it will represent a different income model and revenue stream for us.”

Endeavour already operates a daily rental fleet of around 150 Volvos in and around London and Wallington said that this was an area of the business he hoped to see expand with the help of a new strategic focus from Hyundai.

He also said that the group were in discussions with Volvo’s electric vehicle (EV) performance sister brand, Polestar, over the opening of a ‘Polestar Space’ retail outlet in the South East, a venture which would further drive the range of alternative retail platforms and ownership models delivered by the group.

Endeavour is ideally located for the Polestar brand, which wants to be aligned with major urban environments and will retail cars under various funding platforms, including subscription models, from early 2020. 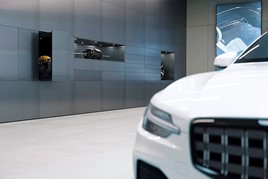 “It’s a new retail platform with the Polestar Spaces in very high footfall places, so our experience with Hyundai could help us learn a lot in that regard.”

In recent months the Endeavour Automotive group has expanded its franchise portfolio with the London EV Company’s hybrid taxi franchise in Chiswick, Lotus Cars in Colchester and the February acquisition of HSF Group saw it move into Berkshire with the acquisition of three Volvo dealerships in High Wycombe (aftersales only), Maidenhead and Slough.