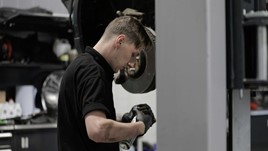 Jardine Motors Group has achieved a bronze award from the Armed Forces Covenant Employer Recognition Scheme (ERS) in recognition of its efforts to recruit veterans into its retail sites.

The AM100 retail group has been offering individuals leaving the Armed Forces the opportunity to retrain and apply their skills within its network of car dealerships in a bid to take advantage of their transferrable skills.

Jardine Motors Group’s HR director Clare Martin said: “It’s an honour to be part of the Armed Forces Covenant and supporting those who have served their country.

"The skills learnt and developed in the Armed Forces transfer well into the automotive industry; with ex-service people recently joining our aftersales teams at JLR and Audi.

“To receive the bronze award is a really good feeling, and it just highlights our commitment to the cause. We will continue to offer opportunities to Armed Forces personnel.”

The Armed Forces Covenant is a commitment from employers to support those who have served their country and offer them opportunities once they leave the service.

Jardine Motors Group said in a statement that its dealerships have benefited particularly with the arrival of experienced technicians from Armed Forces backgrounds.

It has also benefited from commonly-found transferrable skills among those trained in a military environment, such as strong leadership qualities, huge experience working as part of a team and great communication skills.

It also lets the industry tap into a pool of unrealised talent to fill skills gaps in everything from components, infrastructure and software through to manufacturing, logistics, maintenance and repair.