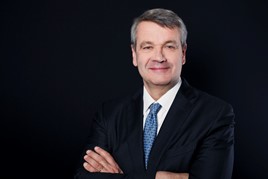 CECRA, the European Council for Motor Trades and Repairers, is calling for new checks and balances from the European Commission (EC) to give more power to dealers over franchise agreements and connected car data.

CECRA, the European Council for Motor Trades and Repairers, has put together a “manifesto for an innovative and future proof mobility” that details all the areas it wants to see addressed ahead of the start of European elections on May 23.

Further delays to Brexit would mean the UK would have to take part in these EU Parliament elections.

The manifesto asks to ensure that smaller dealer groups and repairers will have equal access to in-vehicle data to enable them to service, repair and offer data services on the latest connected vehicles.

It also asks to protect SMEs in the sector “by supporting fair rules at EU level to ensure contracts between vehicle manufacturers and dealer SMEs cannot contain unfair, oppressive and unreasonable requirements”.

Part of the manifesto also asks to cut red tape around the continued development of EU Right protecting consumer and personal data.

CECRA is also seeking the recording and collection of odometer and vehicle damage information to be made available to EU consumers to counter clocking.

Jean-Charles Herrenschmidt (pictured), CECRA president, said: “The 336,720 automotive dealers and repairers that CECRA represents, are an essential element of the European society.

“The purpose of this policy manifesto is to highlight to Europe’s present and future political leaders as well as key policy makers the importance and the needs of our industry, which is going to play a crucial role for the achievement of some unmissable goals of the EU in the next five years: the reduction of CO2 emissions, the reduction of congestion, and the acceleration of economic growth.”

CECRA director general Bernard Lycke told AM it is holding regular regular meetings with the EC about the future of the automotive retail and repair industry.

He said: "We will continue to follow up on what is detailed in the manifesto with the new Commission and the Parliament once both will be installed and ready to work after the transitional period (September or October)."

Checks and balances for franchise agreements

CECRA wants specific rules to better govern the relationship between dealers and carmarkers.

The manifesto asks for a minimum duration of the distribution contract and legal certainty about a notice period. It also asks to introduce rules for manufacturers to financially compensate dealers in case of a contract termination.

CECRA has also called for an arbitration clause in case of disputes between the dealer and the manufacturer.

The manifesto said all in-vehicle telematics systems are being designed in a way that only vehicle manufacturers are allowed to directly access in-vehicle generated data.

It said: “This technical hurdle has turned vehicle manufacturers into de facto owners of the in-vehicle data and it is artificially restricting fair competition.

“Furthermore, none of the technical solutions recently proposed by the vehicle manufacturers seem to effectively remove the current unjustified obstacles.”

AM poll: The impact of block exemption changes

AM poll: The impact of block exemption changes