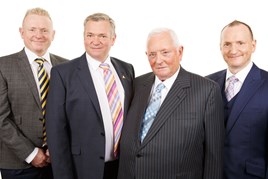 Swansway Motor Group has reported a 35% increase in its profit before tax in its annual financial results for 2018 – despite a decline in turnover.

The Crewe-based AM100 retail group said that its profit before tax figure has risen from £5.1 million to £6.9 million, after goodwill amortisation of £0.975 million, ahead of publication of its full results for the period.

Swansway Group Director, Peter Smyth, said: “The decline in turnover was caused by Audi fleet moving to the agency model of sales, but it’s exceptionally pleasing to see that on reduced turnover, profits were up, particularly when you take into consideration the challenges of WLTP and Brexit uncertainty.

“Wrexham VW took the award as Number One VW retailer in the UK along with the AM Award for Best Dealership and their results backed up their award wins.”

Swansway said that its return on sales figure had risen from 1.12% to 1.42% year-on-year, during the reported period, adding that the group had also succeeded in reducing its debt from £38 million to £30.3 million as part of its on-going strategy.

Smyth added: “We remain cautious about 2019 trading; not because of the continuing Brexit uncertainty but due to real-time driving emissions standards which we believe may affect stock availability in quarters three and four. That said, quarter one profits for 2019 are ahead of our expectations.”

Swansway Motor Group operates fourteen franchises, across twenty-one dealerships; from Birmingham in the South to Carlisle in the North.

Swansway Wrexham Volkswagen wins the 2019 AM Award for Best Dealership

Swansway Wrexham Volkswagen wins the 2019 AM Award for Best Dealership