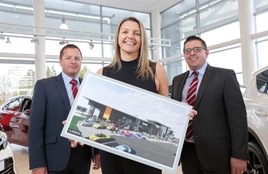 Shelbourne Motors has launched a recruitment drive for its new £5 million Kia and Renault multi-franchise car dealership facility at Newry with the aim of filling 60 vacancies.

The family-owned franchised retail group wants to follow-up its appointment of “Newry native” Michael McCartan as general manager of the new state-of-the-art facility, on, which is due to open later this year.

McCartan has over 20 years’ experience in the automotive industry across a variety of sales, leasing and marketing roles for a number of local franchises.

Commenting on the launch of Shelbourne Motors’ recruitment drive, group director Paul Ward said: “This is an exciting period of growth for Shelbourne Motors as we look to the opening of our new £5m state-of-the-art complex in Newry.

“The appointment of Michael brings a wealth of experience and an abundance of energy and enthusiasm. This made him the ideal candidate to spearhead our Newry operation.

“We now want to appoint a dynamic and experienced team of 60 new staff that have the skills and enthusiasm, across a range of roles, to deliver excellent customer service to our strong and loyal customer base.”

Ward said that new recruits will benefit from the group’s “highly-competitive benefit packages, as well as working in an environment that’s modern and spacious with a host of technologically-advanced features”. 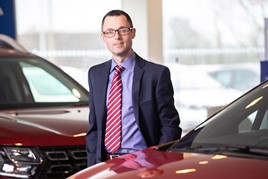 Shelbourne Motors was founded by the Ward Family in 1973.

It currently employs over 130 staff at its nine-acre Portadown headquarters, where it operates Toyota, Renault, Nissan and Dacia franchises, as well as a Used Car Supermarket, Accident Repair Centre and Valet Centre.