The boss of independent dealer Karden has been disqualified from running a company after mis-selling luxury vehicles and misappropriating £77,000 worth of customer’s funds.

Andrew John Austin (pictured) was the sole director of Karden (Europe), a second-hand car dealership in Sevenoaks, incorporated in August 2010.

According to The Insolvency Service, in the summer of 2016, Austin caused Karden to mis-sell two luxury sports cars. The first, in July 2016, he sold claiming it was finance-free, despite knowing this was not the case.

After conducting their own vehicle check, the customer found out weeks later that Austin had sold the car under false pretences and tried to return it for a full refund. However, the customer only received a fraction of what they had originally paid.

The second luxury car was sold a month later in August 2016 where the customer paid a significant deposit and arranged finance to cover the remainder of the balance.

The Insolvency Service's deputy head of investigations Marc Symons said in a statement: “Andrew Austin has driven his customers round the bend, robbing them of the freedom and joy that can come with a new set of wheels, as well as their hard-earned money.

“This disqualification will severely impede him from causing harm to any other members of his community and serves as a warning that this behaviour will not be tolerated.”

Both deposit and finance were paid to Karden but the company failed to deliver the vehicle and neither the finance nor the deposit was returned to the customer when requested. £16,500 was also transferred to Austin’s personal bank account.

And from October 2016, Karden stopped passing on the proceeds from car sales to clients, amounting to almost £28,000, said The Insolvency Service.

A petition to wind up the company was presented to the courts by creditors in February 2017. Within the following three months, Karden ramped up its car sales by almost £49,000 and withheld these proceeds from clients, too.

Before the petition could be heard by the courts, Karden entered into Creditors Voluntary Liquidation on May 17, 2017, with creditors claiming over £120,000.

The report of the liquidators appointed to wind up the company to The Insolvency Service triggered an investigation into the conduct of Andrew Austin as director, which uncovered the offences he had carried out.

On April 29, 2019 the Secretary of State accepted a disqualification undertaking from Austin. His ban, effective from 20 May 2019, lasts 11 years and disqualifies him from directly or indirectly becoming involved, without the permission of the court, in the promotion, formation or management of a company.

Austin was, in separate proceedings, made bankrupt in October 2018 at the County Court in Hastings over affairs relating to Karden. The judge accepted that Austin was personally liable for some of the debts incurred by the company, and he was declared bankrupt. 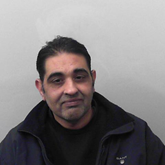