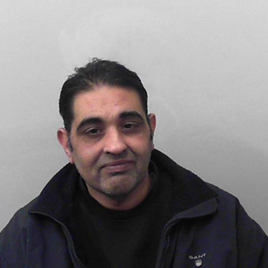 A car dealer who moved his home and business after receiving complaints from the buyer of a “dangerous and unroadworthy” BMW X5 has been jailed for 12 months.

Ateeq-U-Rehman Maroof, of Drummond Road, Bournemouth, was sentenced to 12 months imprisonment after a jury at Salisbury Crown Court found him guilty of seven offences relating to consumer protection, fraud and fraudulent trading.

Maroof had previously pleaded guilty to one other consumer protection offence as part of the investigation brought by Wiltshire Trading Standards.

The authority revealed that its prosecution of the 48-year-old independent used car trader followed a complaint from a Warminster-based customer who purchased a BMW X5 which became defective on the drive home from Bristol.

Wiltshire Trading Standards said that an expert witness, who subsequently examined the vehicle, told the court that it had been “dangerous and unroadworthy due to problems with the suspension, brakes and tyres”.

“One of the tyres was so worn the inner cords were visible, despite the advertisement describing the vehicle as having ‘good tyres’”, it said.

However, when the disappointed customer tried to reject the vehicle, Maroof denied being the person who sold it before moving his business to another address and changing name from Auto Motive Solutions (Bristol) Ltd to Car Yard Ltd.

Further similar complaints were received from customers in both Wiltshire and Somerset who were also given ‘Trade Sale’ receipts falsely implying they had no consumer rights, Wiltshire Trading Standards.

Speaking at Maroof’s sentencing, His Honour Judge Barnett told the retailer that he had “behaved dishonestly in a persistent and determined course of conduct to fool customers into buying vehicles which were overpriced, lacking in promised quality and a positive danger”.

Wiltshire Council has now commenced an investigation under the Proceeds of Crime Act against Mr Maroof which could result in the confiscation of money or assets gained from his criminal activity.

“The Citizens Advice Consumer Service who handle all of our consumer complaints regularly report that second-hand cars are the most complained about item both regionally and nationally. A

“A car is one of the most expensive items a person owns, often second only to property, and being stuck with a dangerous, worthless vehicle can be extremely upsetting.

“We would advise consumers to purchase from reputable traders such as those who have been audited and approved by Trading Standards as part of the Buy With Confidence scheme.”