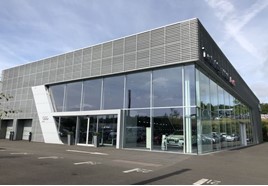 Motorline and Group 1 Automotive have each completed the acquisition of dealership sites from Inchcape a fortnight after the group denied it planned to cut its UK retail network by 20%.

Inchcape has disposed of five Volkswagen car and van franchises - in Chelmsford, Colchester, Romford and Southend - to Group 1 while Motorline has trebled its Audi representation in Kent with the acquisition of a further two dealerships sites from Inchcape Retail following its purchase of the Canterbury East Kent Audi business in June last year.

Group 1's addition of the VW Group sites in Essex is expected to add around £93 million to its revenues.

Motorline's acquisition of the Audi businesses in Maidstone and Tunbridge Wells, meanwhile, increases its Audi representation to three sites covering the Kent territory and brings its total number of dealerships to 55 plus four Volkswagen Group Trade Part Specialist centres.

Motorline chairman, Glen Obee, said: “We are delighted to have completed this deal, which continues our growth and investment on behalf of the Audi brand in the Kent territory.

“This investment will also be further supported by our new purpose-built Audi Terminal being developed in Canterbury opening in early 2020, which will further enhance the class-leading facilities we will offer to all Audi customers new and old with what will be an outstanding, state-of-the-art experience.”

Commenting on the addition of five new Volkswagen franchises in the UK, Earl J Hesterberg, Group 1’s president and chief executive officer, said: “We are pleased to further expand our global relationship with Volkswagen through the addition of these five franchises to our growing UK platform."

The completion of the deal which has seen the facilities in Maidstone and Tunbridge Wells change hands this week comes less than a fortnight after Inchcape Retail chief executive James Brearley denied the group was planning to close 20% of its UK sites.

In an exclusive interview with AM Brearley said that suggestions that the 6th ranked AM100 group’s imminent sale of four Volkswagen and three Audi sites in Kent and the Greater London was the start of a slimming down of the its new car retail presence in the UK were “really not the case”.

He also branded reports that the group was also preparing to close at least three BMW Mini business and one Toyota Lexus operation as it embarks on the closure of around a fifth of its 113 dealership sites as “speculation”, adding that the disposal of the VW Group businesses had resulted from a review of the group’s market areas.

“We carried out a review of our business towards the end of 2018, in light of general market trends and specifically WLTP, and it is clear that where we had a density of representation and we are able to bring certain services together we make in improved profit as a result,” Brearley told AM.

“In the London area, with high land prices and lack of availability, the creation of PDI centres and additional used car footprint is much more of a challenge for us as a business and it was clear that there were business owners in those areas that were better placed to make those operations a success.”

Motorline is currently the AM100’s 23rd-placed retail group, with a 2018 turnover of £658.5m, and operates businesses across the South East, Thames Valley, South West, Midlands and Wales.

It now employs over 1,850 staff and projected an annual turnover exceeding £800m in a statement related to its latest acquisitions.

Obee said: “Our pursuit of the very highest standards and proud history of operating in the Kent area provides the ideal foundation for us to deliver even greater success for the Audi brand throughout the Kent territory.

“The Volkswagen Group is a significant and key partner for Motorline and we are pleased to be able to continue to expand and develop our business with the support of their management team and our growing partnership.”

The Corporate team at Thomson Snell & Passmore, led by Partner and Head of Corporate, Joanne Gallagher, advised the Motorline Group on the acquisition.