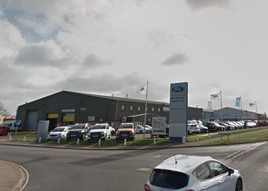 Ford franchisee Pertwee & Back has suffered a 43.4% decline in turnover as it slipped into loss following a decision to improve profitability by placing a “greater emphasis on higher margin retail sales”.

Despite the faltering financial performance, the company said in a statement that it was “satisfied with the performance” in a challenging market and also awarded its top-paid director what the Eastern Daily Press newspaper reported as “an inflation busting pay hike”, increasing their salary to over £145,000.

It added: “At the balance sheet date the company remains in a strong position with net assets of £3,870,938.”

Pertwee & Back's latest set of financial results come 16 months after the business said that its focus on retail new car sales had helped it return to profitability.

In its latest results statement, the group said that Brexit negotiations had played a key part in the disruption of its cash flow during the reported period to the end of October, 2018.

While it said that retail sales of new and used vehicles “had been satisfactory”, however, it said that impending changes to the Ford parts business have introduced some uncertainties.

Ford of Britain is currently rolling out its Parts Plus network in the UK, with various franchisees taking responsibility for the new wholesale parts franchises.

Pertwee & Back highlighted in its annual accounts that the company currently operates various franchise agreements for Ford, adding that “the loss of any of these could have an impact on the business.”