Group founder and managing director, Clive Brook, told AM that the move into the 2.2-acre site on Canal Road, Bradford, formerly operated by Appleyards, Jardine Motors Group and Farnell, will be “fantastic” – but is batting with the logistics of making it happen, nonetheless.

“We’re going to lease the site with an eye to buying it, but the legal side of getting everything finalised is quite a job,” Brook conceded.

“When people ask why there are so many empty car retail sites laying unused it’s quite clear what the answer is – the complicated lease arrangements.”

Brook told AM that there are 10 years remaining on the lease at its new dealership site, but the aim is to acquire it.

The group expects to have no trouble selling its existing Volvo dealership facility, which is also on Canal Road, meanwhile. 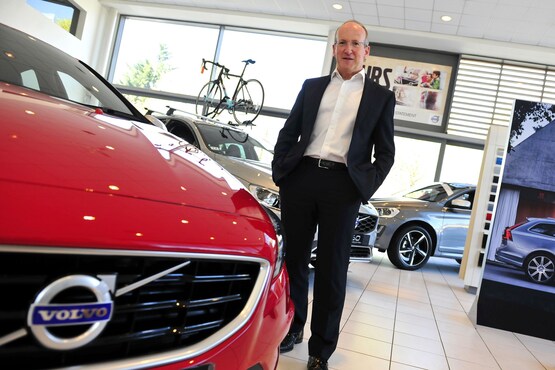 He said: “As a car retailer, it doesn’t matter how big you are, you’re always going to need more space.

“Our plans are really exciting. The added footprint and new facilities are going to be fantastic for us.

“Right now, I’m hoping that we have all the contractual stuuf finalised and construction work underway ahead of the Christmas break, but I’ve told the contractor not to get underway until they know they have all the material in place to finish the job.

“Ideally we want to be in by Easter and we doesn’t want to be in a position where we get stuck with the job 80% done because of supply issues.”

Brook told AM that his business is working hard to keep customers abreast of vehicle deliveries as the global shortage of semiconductors and other components sees lead times lengthen.

He also said that the “long tail” of COVID-19 has meant that the business had yet to run “as normal” since the start of the pandemic.

The Bradford site currently has two members of staff off work with the virus.

But Brook said: “If this period has brought anything, it’s been the different to step back and see the picture a little differently.

“It’s given us the chance to look at what we can do and now we’re in the process of making those plans a reality.”