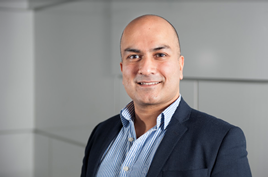 Automotive advertisers are now the third biggest spenders in the UK on online banner and video ads, splashing just over £250 million annually.

However, they’re wasting about 42% of this - £105m - on ads that never have the chance to be seen in the first place.

So, why is this seemingly bizarre situation occurring?

The roots to that answer lie in the fact the online advertising industry is incredibly fast-moving, complex and highly-technology dependent and is still in its infancy compared to the likes of TV, radio and print.

So, it exhibits teething problems, such as ads being served that can’t be seen.

There are three main two reasons why they aren’t.

Firstly, they’re served on the part of the webpage the viewer didn’t scroll down far enough to see – industry terminology dubs this “below the fold.”

The second reason is the ad didn’t load quickly enough on the page before the viewer moved elsewhere.

The third reason is an ad is served on a page that a viewer isn’t even looking at.

For example, you’re reading this Automotive Management webpage but in another tab in your internet browser you have a Guardian webpage open and an ad is being served to that page right now.

Combined, these three reasons account for about 90% of ads that never had the chance to be seen.

So, there are five key things you can do to maximise the chances your online ads are seen and budgets aren’t being wasted.

Online advertising involves working with a number of entities – a media buying agency, the publisher and various technology and measurement companies in the middle.

Crucially, make sure whoever is buying your online media is using an independent third party company to verify the level of viewability of the ad space they buy for you.

These third parties, known as ad verification companies, must (1) be able to measure as many different ad formats as possible – there are a lot and this is often overlooked – and (2) be accredited by JICWEBS, the industry body that certifies companies involved in trading online ads.

Think of it like the BSI kitemark on electrical plugs.

Ideally, you’d only work with one ad verification provider who can also verify things like audiences, fraud levels and whether your ads are appearing on sites damaging to your brand, such as illegal sites, terrorism or those promoting violence.

Together with your agency, encourage the publishers you buy ad space from to use techniques to maximise viewability on their websites, such as not overloading their pages with ads (known as clutter).

It can also include using technology so ads automatically adapt to the correct size for whatever device, such as laptop or smartphone, they’re being served to (known as responsive design).

Finally, honesty must be a pre-requisite for anyone you work with.

All the parties have a duty to provide you with honest reporting.

Think of it like an MoT, even if the reports seem bad it’s an opportunity to highlight what’s going wrong and fix it.

Before you do anything, find out what the viewability levels of your current online ad campaigns are.

To do this, you need to decide how you’ll define a viewable ad.

The minimum recommended guidelines are that 50% of the ad’s surface should be in view for at least one second to be considered viewable.

For video ads, its 50% for at least two seconds. Does this work for you or do you want to set up your own?

Automotive advertisers should be aiming for online placements that enable ads to be viewable for between 10 and 20 seconds, as that will lead to greater number of brochure requests and test drives.

Whatever level you decide on, it’s vital that you agree and align your definition with all parties in your ‘pit crew’ supply chain – the agency, ad tech provider, verification company and publisher.

You’ll also need to agree beforehand on other rules about how the campaign is assessed.

Namely, targets (e.g. what is an acceptable percentage of all ads served that meet your minimum viewability definition) and outcomes (e.g. what action will be taken for ads that aren’t viewable – no payment, part payment, full payment?).

As tempting as it is to reach for the moon, don’t create unrealistic targets, particularly in the early days.

You won’t be able to improve things overnight and unrealistic aims can affect all parties’ motivation.

As part of your ad campaign ‘rules’ you may want to throw in a tolerance range for any deviations from the target, again more for the early days.

It’s also worth pointing out that, although it may seem totally counter-intuitive, demanding 100% viewability isn’t always in your best interests.

It’s too complex to explain succinctly but one reason is that it can result in ad buying being focused on the smallest ad formats as they’re easier to hit viewability thresholds.

However, people don’t look at these for very long so you’re essentially focused on going after ads that have minimal impact.

There’s little point in studiously setting up your campaign parameters – definitions and targets – and then ignoring them till the end of the campaign, only for the lessons to be used in future campaigns.

Your agency needs to set up alerts to flag if any of the thresholds aren’t reached so you can tweak and improve campaigns now – ‘in-flight’.

5. Be wary of low prices

Don’t be fixated on getting the lowest possible prices for the online ad space you’re buying.

The maxim of lower price equals lower quality is particularly true in online advertising due to the millions of websites out there.

The lower the price you’re paying, the higher your exposure to ad fraud, low viewability and damaging brand environments.

You must be prepared to remove them from the plan if it’s not worth even the low price you’re paying.