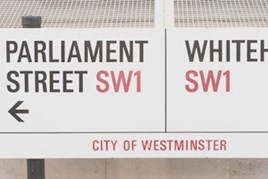 The director of a claims management company has been disqualified as a director for seven years after the Ministry of Justice deemed a million of his business’s 6.4 million automated marketing calls were “nuisance calls”.

Hassim Iqbal has been disqualified from acting as a director for failing to ensure that Check Point Claims Ltd (CPC) complied with regulations relating to the conduct of its business leading to the Ministry of Justice withdrawing its authorisation to provide claims management services.

The Information Commissioners Office also issued a monetary penalty notice for £250,000 as CPC had sent almost 6.4m automated marketing calls with prior consent having been obtained from the recipients.

Joanne Covell of Investigation and Enforcement Services, part of the Insolvency Service, said: “This is a serious case where the actions of the director and the company have caused distress to members of the public in contravention of UK and EC regulations.

“This ban reflects the seriousness of these actions and the robust stance that the Insolvency Service will take against those whose conduct falls below accepted commercial standards.”

In June 2015, the Information Commissioners Office (ICO) identified a total of 248 online complaints had been made about CPC and automated marketing calls made between April 6 and September 30 2015, with complainants detailing the detrimental effect of the calls.

In October 2015 the Ministry of Justice audited CPC’s conduct and as a result of that audit, together with information provided by the company, the MoJ cancelled CPC’s authorisation to provide claims management services as it had not complied with the Conduct of Authorised Persons Rules 2014.

In May 2016 the ICO issued a final Monetary Penalty Notice for £250,000 which stated that the Commissioner had found that CPC had breached Regulation 19 of the Privacy and Electronic Communications (EC Directive) Regulations 2003 by sending or instigating almost 6.4m automated marketing calls between 30 March and 30 September 2015 to subscribers without their prior consent.

The ICO was also satisfied that the breach was serious and considered that it was deliberate.

Andy Curry, Enforcement Group Manager at the Information Commissioner’s Office, said: “The people behind nuisance calls cause upset and distress and we’re in the business of cracking down on them.

“We will pursue all options in the event of unpaid fines, and work closely with other regulators such as the Insolvency Service and Claims Management Regulator. The disqualification of a director behind a nuisance call firm is another welcome step in the fight.” 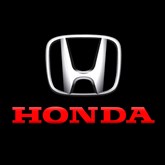