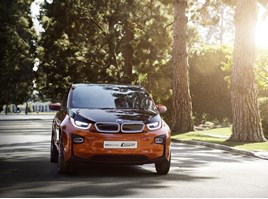 BMW has been told by the advertising watchdog, the Advertising Standards Agency, not to make environmental claims about its products unless backed up with adequate facts.

The statement comes in a ruling regarding a complaint made by one viewer of a Facebook ad for the i3 in which an owner said "Having driven petrol guzzling cars before, I realised that it is now time to switch to an electric car. With zero emissions, the i3 really is a clean car and helps give back to the environment."

The ASA backed the complainant that questioned whether the claim the i3 was a zero emissions car that "helps give back to the environment" could be substantiated and was misleading.

BMW responsed saying it would normally qualify the claim “zero emissions” with the term “driving” but because the ad was an unscripted customer testimonial it had not been included.

It considered the claim “zero emissions” was presented in the wider context of the ad because the customer also said, “Having driven petrol guzzling cars before” and “time to switch to an electric”, showing that the comparison was between the driving of an electric car to the driving a petrol-fuelled car, not to the driving of no car at all.

Plus it said the claim “helps to give back to the environment” would be understood by consumers to mean that owning and driving the car had a net benefit on the environment taking into account its full life cycle.

But the ASA disagreed and upholding the complaint told BMW that "before distributing or submitting a marketing communication for publication, marketers must hold documentary evidence to prove claims that consumers are likely to regard as objective and that are capable of objective substantiation".

Comparative claims such as "greener" or "friendlier" can be justified, for example, if the advertised product provides a total environmental benefit over that of the marketer's previous product or competitor products and the basis of the comparison is clear, it said.

"Marketers must base environmental claims on the full life cycle of the advertised product, unless the marketing communication states otherwise, and must make clear the limits of the life cycle.

"Marketers must ensure claims that are based on only part of the advertised product's life cycle do not mislead consumers about the product's total environmental impact."