The used car most likely to have both a write-off and finance warning against it is a Vauxhall Corsa.

The SXI AC had 6.25% chance of prompting both warnings, despite a reasonably high average value of £7,348. 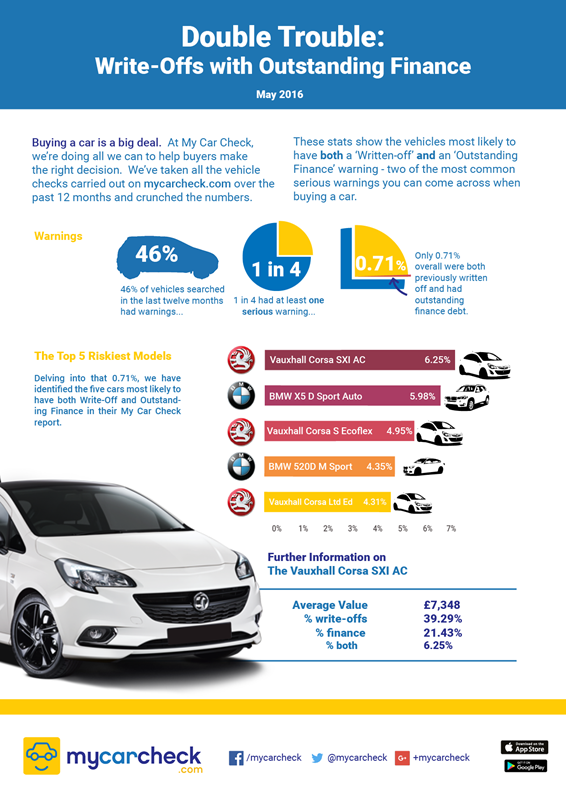 Roger Powell, head of My Car Check that produced the data, said: “Almost half of all used vehicles (46%) have a warning against them, but many have more than one.

“Over the last year, Vauxhall’s Corsa SXI AC was most likely to have the two most common serious warnings, both write-off and finance.

“Even leaving the safety aspect aside, previous write-offs should cost a lot less than a like-for-like non-accident-damaged vehicle. If you buy a car with outstanding finance debt it could be repossessed by the legal owner, the loan provider, leaving you massively out of pocket.”