Dealers urged to be ready to check, challenge and appeal new business rates 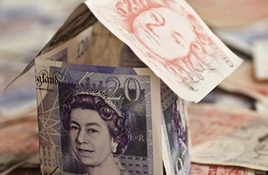 Dealers are being urged to check their new draft rateable value, ahead of the business rate revaluation in April – to give time to plan for increases or prepare an appeal.

The new rateable values, which have been published on the VOA's website, are based on the rental value of properties on April 1, 2015, and will be used to calculate business rate bills from April 1, 2017.

At the same time a number of changes in rating practice, including an increase in the threshold for small business rate relief and an appeals system will be implemented.

Howes Percival solicitor and property expert Jamie Childs said: "While the new rates won't come into effect until April, we are urging businesses to go online on the VOA website and check their new draft rateable value now. This will allow businesses to plan for any increase or decrease in the business rates.

"If a business thinks that factual errors may have been made about their property it should contact the VOA to discuss this informally as soon as possible."

What does the revaluation mean?

Draft rateable values have been published on VOA's website, together with a tool which allows ratepayers to estimate their rates bill for 2017-18. A multiplier is then applied to the rateable value to provide the annual business rate bill.

As a result of the revaluation current predictions anticipate total rateable value in England will increase by 10.6%. This increase will largely be shouldered by ratepayers in London and areas in the South East where property values have soared in recent years.

Government figures estimate an overall 3% and 6% decrease for business rate bills in the East Midlands and the East respectively and an estimated 11% increase in bills in London.

However, transitional arrangements mean that businesses will not necessarily see large increases or decreases in their business rate bills for 2017-18.

Following a consultation, the Government is currently considering two options for transitional arrangements, each of which provides for caps on the level of a ratepayers bill (not rateable value).

This means that whilst those ratepayers who are faced with an increased bill have time to adjust, those who were expecting a significant drop in business rates will not benefit from this for a number of years.

A new system of appeals against rateable value called ‘check, challenge, cppeal' is being introduced in England from April.

This new process seeks to resolve disagreements on rateable value at an earlier stage but this is expected to require more work earlier in the process.

The Government is also planning to introduce a fee at the appeal stage which is expected to discourage some businesses from launching appeals.

In addition, the draft regulations propose to include a provision which will mean that the valuation tribunal should only order a change in rateable value "where their view is that the valuation is outside the bounds of reasonable professional judgement".

This could mean that even though the rateable value is increased, if this is within reasonable professional judgement, the valuation tribunal will not be able to order a change.

What should businesses do to prepare for the changes?

Businesses should review their estimated bill for 2017-18 on the VOA website.

This will reveal the rateable value used by the VOA to estimate the bill and should allow businesses to plan for any increase or decrease and to consider taking action against this valuation.

If a ratepayer considers that factual errors may have been made it should contact the VOA to discuss this informally.

A formal appeal to the 2017 revaluation cannot be launched until April 1 and should follow the proposed ‘check, challenge, appeal' process.

Ratepayers considering an appeal are advised to familiarise themselves with this new process before making the decision to proceed.

If a ratepayer is looking to reduce their business rate bill, as opposed to the rateable value, they should contact their local billing authority rather than the VOA.

Businesses can check their business rates valuation at www.gov.uk/correct-your-business-rates

Challenging business rates can pay off for dealers

Challenging business rates can pay off for dealers