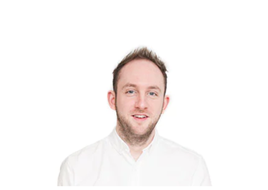 New research from Carwow has revealed that millennials are renting or financing cars due to surging living costs and a desire to drive new vehicles.

A poll of 2,000 car owners revealed that half of millennial drivers have some sort of lease or monthly payment plan, versus just 11% of over 55s.

Furthermore, one in six millennials bought their first car via a finance deal, compared with a quarter of over 45s, whose first car was bought either via a bank loan (10%) or by saving up to buy outright (60%).

The research also found that a quarter of under 30s (28%) expect to own a brand new, never--driven-before, car by the age of 18.

With 90% of Millennials who currently finance a car admitting that the main appeal was simply that ‘they wanted to drive a brand new car, not a second hand model’.

In a similar vein 70% highlight the appeal of having the newest, latest models as the main reason they opt for finance agreements.

Data from Carwow shows that Personal Contract Plans (PCP) have emerged as the main form of car financing amongst its customers.

In the past 12 months, PCP deals accounted for over 60% of the site’s sales, with just 30% of cars bought outright.

Despite admitting that big ticket items are now simply out of reach for the pockets of Millennials, seven in ten say that it is still important to them to own their own cars at some point in their lives, compared to six in 10 of those over 45.

"Saving is much less feasible than in the past, so accessing the latest model on a monthly payment plan is hugely appealing.

“PCP in particular has made new cars accessible to more people.

"The momentum behind PCP has also acted as an effective ‘education’ on the concept of short term ownership and regular change cycles, paving the way for leasing or Personal Contract Hire - a true long term rental which is appealing to more and more people, especially younger people.

“With a PCP deal you don’t own the car at the end of the contract unless you opt to and what we are seeing is that actually, very few people pay the ‘balloon’ payment at the end of the agreement - with many opting to start a new agreement on a new car

“For a generation used to paying monthly rather than outright ownership, PCP and PCH will increasingly be seen as ‘the norm’ for those who can afford the monthly payments.”

Carwow to drive UK growth after £30m funding round

Carwow to drive UK growth after £30m funding round