Lawyers who led large-scale PPI mis-selling claims are poised to turn their attention on PCPs following the conclusion of the Financial Conduct Authority’s (FCA) investigation into car finance, it has been claimed.

Car finance expert and ex-NACFB director Graham Hill believes that thousands of car dealership customers do have grounds to explore the possibility that they were mis-sold PCPs.

And as the deadline for claiming compensation on mis-sold Payment Protection Insurance (PPI) draws closer, Hill is among many finance experts paying close attention to the motor retail sector ahead of the FCA completion of its report into Personal Contract Purchase (PCP) plans next month.

Hill said: “The claims industry that grew up around the PPI mis-selling scandal was never simply going to just fade away.

“These firms have now firmly set their sights on PCP customers as the next big cash cow."

The FCA has raised concerns about a lack of transparency, conflicts of interest and irresponsible lending by car dealers and lenders.

The issues were first raised in 2016 when the Authority focused its attentions on how dealers were presenting the total cost of interest repayments over the term of the deal as well as the ‘equity’ buyers would have at the end of the deal.

Now Hill has said that PPI lawyers are poised to act on any negative outcome of the FCA's findings, following its lengthy investigation into the sector.

“The hope among claims agents is that the FCA’s report next month kicks up enough dirt on poor selling practices among car dealers that ambulance-chasers can then set references - or even precedents - in court to legitimise their claims,” he said.

Hill said that some legal firms were already hosting web pages encouraging customers to come forward if they think they have fallen foul of PCP mis-selling.

He added: “It’s important to note that while there are certainly plenty of examples of misrepresenting PCP deals, the product itself is a solid route to car ownership.

“There’s a risk that by talking down the car finance market as a whole that consumers revert to financing vehicles outright from their own savings.

“This could ultimately stymie growth in the new car market as consumers steer towards cars they can buy from digging into their own savings.” 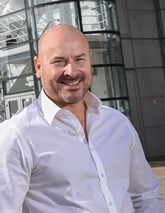