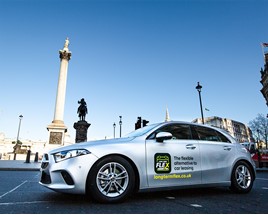 Just 53% of motorists understood the terms and conditions of their last car finance deal, according to research commissioned by Europcar Mobility Group UK.

Europcar, which is currently marketing its Long Term Flex lease offering, claims that many motorists do not understand what a car finance deal does and not include, which confusion often surrounding Personal Contract Purchase plan (PCP) agreements.

Almost a quarter (23%) of consumers wrongly believed that breakdown cover was included with their PCP, with nearly one-in-five believing that servicing was part of a PCP, Europcar claimed.

The long-term financial commitment of a PCP was also misunderstood by respondents to the research, which was conducted by OnePoll, in January, among 2,000 motorists who “own a car and have got or had a car on finance or have looked into it”.

Less than half of motorists (45%) correctly identified that at the end of a PCP a final payment must be made to take ownership.

Almost a quarter (23%) admitted to not being sure if they could take ownership at the end of a PCP without making a further payment.

Europcar’s research has been published as part of the launch of its Long Term Flex lease offering.

The new product claims to deliver an all-inclusive motoring solution, with motorists able to access a vehicle for a minimum of six months – selecting their own preferred mileage.

Gary Smith, managing director of Europcar Mobility Group UK, said: “Our latest research shows that having access to a car is vital - over half (57%) of those we surveyed use their car every day.

“However, the typical three to five year finance deal is a financial pressure that some may prefer not to have in the current economic climate.

“Long Term Flex offers the freedom to take a ‘holiday’ from car ownership for a period of time – perhaps if circumstances change - or the driver is literally going on holiday.

“And there’s no penalty for taking a break, unlike the hefty early termination charges typical of conventional car finance deals.”

Europcar said that its Long Term Flex offer also allowed drivers the flexibility to opt-out of their contract after just six months without any early exit penalty.

The flexible service offers a variety of models – such as the Fiat 500, the hybrid Hyundai Ioniq or the new Mercedes A Class - with a choice of 1,000 or 2,000 miles per calendar month.