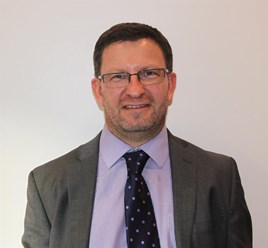 Motor industry groups have given a mixed response to yesterday’s report from the Financial Conduct Authority, which highlighted certain dealer reward structures in motor finance and a need for clarity about commission payments.

At the Finance and Leasing Association, head of motor finance Adrian Dally said: “We welcome the FCA’s recognition of the work done by motor finance lenders to provide training for motor dealers, and the positive impact this has had in meeting customer needs.

“Regarding the FCA’s concerns about commission structures, their survey work is based largely on out-of-date information, and therefore does not reflect the very considerable progress the market has already made in moving away from such structures.

“We look forward to working with the FCA as it modernises its regulations in line with market best practice."

The opportunity for the financial regulator to take a more active supervisory and enforcement role has been welcomed by the British Vehicle Rental and Leasing Association (BVRLA).

Its chief executive Gerry Keaney said: “The FCA has been working on this report for two years and has issued plenty of guidance and recommendations during that period. Over the same period, the BVRLA and its members have taken a close look at our own industry guidance and best practice, supporting these with a comprehensive training and inspection programme.

“The time for excuses has passed. There is no place in the motor finance sector for companies that are unwilling to embrace the FCA regime and actively demonstrate their compliance.”

At DealTrak, Neil Watkiss, head of consumer credit, said the FCA's research will mark a real positive catalyst for change.

He said: "The FCA make it clear that lenders are expected to review their systems and controls in light of the report's findings. It is extremely likely this will lead to changes in the calculation of finance commission as well as the amount received.

"Significantly though, the FCA believes the ‘Reducing DiC’ model is just as detrimental to customer outcomes as the conventional model."

“NFDA acknowledges the outcome of the FCA’s enquiry into motor finance and urges consumers to visit reputable franchised retailers and shop around before agreeing any finance deals when buying a vehicle.

“Standards and integrity are vital to the future of our sector.”

Ian McMahon, head of audit at motor retail advice and accountancy firm ASE, said it was no surprise to note that the regulator is working upon options which will ultimately lead to policy intervention.

He added: “As the FCA have been carrying out mystery shopper exercises, the FCA are taking the question of motor finance very seriously. Motor dealers would be wise to seek professional help to make sure that they are not caught out by the potential issues that unenforceable finance agreements might mean”.