Consumer car finance volumes increased 1% as the value of business rose by 6% during January, new figures released by the Finance and Leasing Association (FLA) show.

The POS consumer new car finance market reported new business volumes up by 4% in January, compared with the same month in 2018, while the value of new business increased by 8% over the same period. 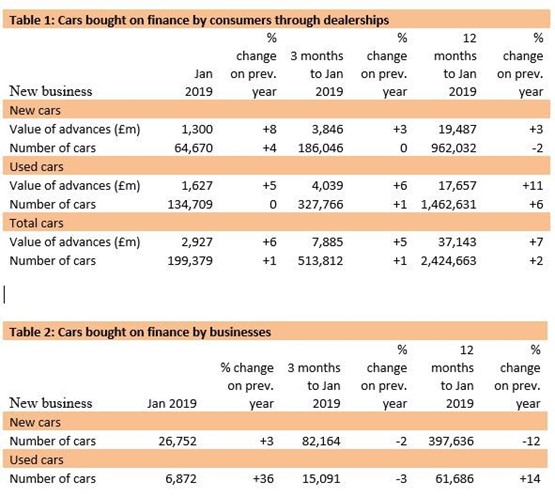 This came despite a market which experienced a 1.6% decline in new car registrations during the first month of 2019, according to the Society of Motor Manufacturers and Traders (SMMT).

“The market is likely to report new business volumes stable in 2019 as a whole if we see a pick-up in the economic outlook.”

The percentage of private new car sales financed by FLA members through the POS was 91.2%% in the twelve months to January 2019, unchanged on the same period to December 2018, the FLA said.

The POS consumer used car finance market reported new business volumes in January at a similar level to the same month in 2018, while the value of new business increased by 5% over the same period.