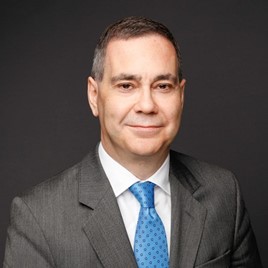 The Financial Conduct Authority (FCA) has to be sure that any regulatory changes introduced by the in light of its recent review of the motor finance sector “don’t have unintended consequences”.

That was the verdict of the outgoing director general of the Finance and Leasing Association (FLA), Stephen Sklaroff, who leaves his post of 12 years today (September 27).

Sklaroff told AM that he was proud of the efforts made by the FLA’s members to adapt to a changing motor finance environment and the changes introduced since the FCA became the industry’s regulator back in 2014, adding that he was pleased to see in the body’s preliminary review findings that providers had “already moved on”.

But he also expressed some desire to see the pace of any future changes managed at a pace that would allow the industry to respond and properly adapt to new practices.

“A lot of people might think that the challenge (since the arrival of the FCA) has been the regulation itself,” he said. “But our members are perfectly happy that there should be a regulatory system.

“The real issue is the pace and the extent of regulatory change.

“The FCA took control in 2014 and there was big change and a new rule book but since then it’s been one change after another. That means that our membership as a whole has had the challenge of continuous change.

“While we hear rumour of a reduction in the pace of new proposals that’s not happened yet.”

Back in March the FCA revealed that commission models which link the broker commission to the customer interest rate and allow the brokers wide discretion to set the interest rate were among the key regulatory concerns in the motor finance sector.

It said at the time that it suspects these arrangements could be costing consumers £300m more annually when compared against a baseline of flat fee models.

While Sklaroff said that solutions need to be found to the sector’s issues, he said: “In terms of the findings of the current review, I know that the FCA are fully aware of how complicated the sector is and they have to be sure that the solutions they come up with don’t have unintended consequences.”

Sklaroff said that the FLA has never had a better working relationship with the FCA but, nonetheless, conceded that he was unsure when it would publish its full report on the motor finance sector, suggesting that an anticipated autumn arrival could be extended into the New Year.

Asked about the recent investigation of point of sale finance (POS) sales practices at AM100 car retail group Lookers, Sklaroff said that while he was confident of the compliant practices of FLA members the market could still present issues.

He said: “With seven million live contracts out there at any given moment there is obviously the odd thing going on out there which aren’t being handled quite as well as we would like.

“That is why we have invested so heavily in providing free point of sales training for finance providers.”

The FLA is currently hosting regular seminars and conferences, as well as delivering regularly updated briefing documents, to keep members abreast of the issues surround the UK’s potential departure from the EU.

Sklaroff said that Brexit has presented the organisation with a responsibility to scrutinise and question the potential effects of a shift from one regulatory framework into something new.

“We have been grinding through documentation to analyse the 800 statutory instruments which lie at the heart of finance regulation that would govern the sector in the event of our departure from the EU.

“We have already made presentations to the Treasury and have had one amendment put in place.

“What we have said to the Government throughout, though, is that the biggest impact on our members in the event of Brexit will be that of a blow to consumer confidence.”

Sklaroff said that he had been it had been “a privilege and a pleasure” to work with the FLA’s members over the past 12 years as they have demonstrated their vital role in the UK economy, and commitment to high standards of customer service, during a time of huge change in the political, economic and regulatory landscape.

Richard Jones, managing director of Black Horse Finance and chairman of the FLA, said: “Stephen has led the FLA through a time of unprecedented change, and through that period the FLA has become a larger, stronger and more influential voice for its members and their customers.

“On behalf of the board, our members and associates, I would like to thank Stephen for his leadership, passion and dedication over the last 12 years. His presence will be missed by all of us.”

In 2018, FLA members provided £137bn of new finance to UK businesses and households, £104bn of this was in the form of consumer credit representing over a third of total new consumer credit written in the UK in 2018.