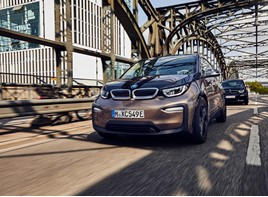 Some vehicle manufacturers may delay new car price increases as a result of a no deal Brexit until March 2021, according to Automotive Services International (ASI).

ASI, the company which analyses and researches car manufacturer finance incentives, told AM that the combined consumer confidence pressure of English showrooms being locked down until at least December 2 and the potential for a no deal Brexit would mean some car manufacturers will hold off on immediate price increases until the plate-change month.

Failure to reach a free trade deal with the EU would lead to most impacted car brands to increase their OTR prices on those models that are 100% assembled in an EU member state plant.

Some manufacturers like BMW have already confirmed they will be making price increases irrespective of whether there is a free trade deal or not.

The Society of Motor Manufacturers and Traders (SMMT) has said that a 'no-deal Brexit' would trigger a £2,800 uplift in electric vehicle (EV) prices and jeopardise the growing interest in green new cars and Government's new target of banning non-electrified cars by 2030.

Stewart Walker, ASI head of data services, said: “Some brands may decide not to impose immediate increases in new car prices from January 1, 2021 and take a wait and see approach to when the UK government announces an end date to lockdown measures.

“Another key date will be March 2021 and therefore if the UK was starting to emerge out of national lockdown at some point in March with car showrooms reopening, that may be the trigger point for increases in OTR prices for (EU) sourced new car models and their corresponding finance campaigns.”

Walker said that due to current economic uncertainty, it is unlikely vehicle manufacturers and their captive finance houses will have the luxury of fully passing on the tariff costs to the UK consumer in one hit.

He said: “OEMs will seek to modify finance offers by moderately increasing either monthly payments, customer deposits, APRs or optional final payments, or a combination of these measures while at the same time offsetting some of that increase by offering an increase in finance deposit allowances (FDAs).

“By taking this approach the captive finance houses will try to retain as much as possible the average promotional benefit that customers have been used to on specific finance deals on affected EU sourced models, while equally trying to maintain their own margins on each deal.”