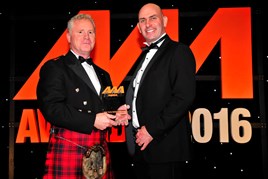 The business understands customers are not always as technically knowledgeable as its staff, so empowers them through technology such as CitNow video vehicle health checks.

Its service CSI rating shows it is a successful approach.

Service and parts revenues have risen consistently since 2013, despite being in a competitive marketplace, and the dealership  has a strong parts business, which makes a solid and reliable contribution to its profits.

Customer retention is a major driver for Peter Vardy Motherwell Vauxhall and it has identified a direct correlation between the sale of service plans and overall customer retention and satisfaction.

Staff follow a structured sales process for service plans at both the point of the car sale and later, if required, at the point of a service being booked. As a result, it has ended 2015 with a large portfolio of live plans ready for 2016, worth a quarter of a million pounds in revenue, before any upselling.

Its use of the video vehicle health checks has increased the retail hours sold per job card. In 2015, the workshop delivered more than 9,000 bespoke customer VHCs, which are completed whether work is needed or not.