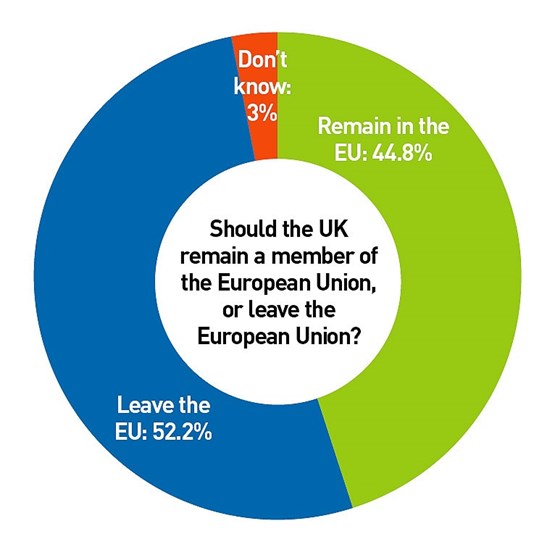 More than half of AM-online users think Britain should exit the EU.

Some 52.2% of respondents to our online poll said the UK should leave the European Union, with 44.8% voting to remain and just 3% undecided.

This is in contrast to most national polls run over the same period, which  have suggested the remain vote will triumph in the June 23 EU referendum (a ComRes poll on May 19 found 52% in favour of remain, 41% for Brexit and 7% undecided).

Of those who answered the question in this year’s AM100 questionnaire, 75% said they did not want Britain to leave the EU. Only 4% were for Brexit.

Manufacturers, too, are overwhelmingly opposed to Brexit. A poll of SMMT members conducted earlier this year found 77% backed the ‘remain’ camp.

SMMT chief executive Mike Hawes said at the time: “Being in Europe is vital for the future of this industry and to secure jobs, investment and growth.”

BMW has gone a step further, writing to all its UK employees to make it clear that “our employment base could be affected” in the event of Brexit. 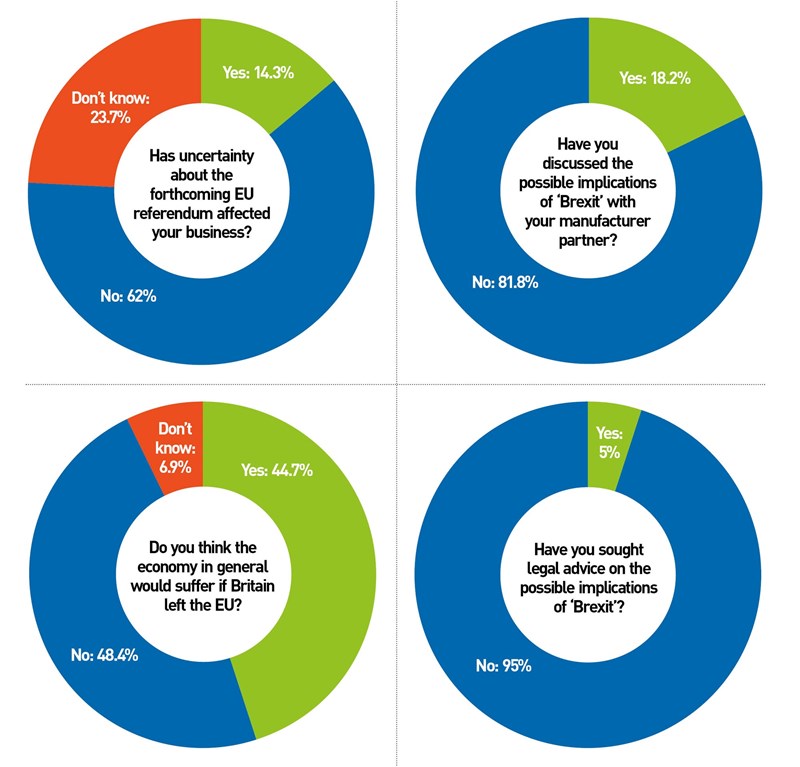 When asked if uncertainty surrounding Britain’s potential departure had affected their business, just 14.3% of respondents to AM-online’s poll said it had, with 62% saying it had not and 23.7% uncertain whether there had been any effect.

However, when asked which distinct sections of the automotive retail trade would benefit or suffer if the UK left the EU, respondents believed only independent dealers would benefit (24.1%) more than suffer (19.5%). And they believed car manufacturers (39.8% suffer/18.1% benefit) and PLC franchised dealer groups (31.5% suffer/20.4% benefit) would bear the brunt of any post-Brexit changes.

Vertu Motors chief executive Robert Forrester said no preparations had been made for a changing market, however, adding: “I can’t control the British electorate.”

Cambria Automobiles chief executive Mark Lavery said: “We are just approaching our 10-year anniversary. Two years after our inception, we ran headlong into the global financial situation and I don’t see Brexit having that same effect.”

Writing in last month’s AM magazine, Professor Jim Saker, director of the Centre for Automotive Management at Loughborough University, questioned whether manufacturer/dealer contracts would be legal outside the EU and whether removing the restrictions of Block Exemption regulations could trigger a restructure of the franchise system.

Despite these uncertainties, just 18.2% of respondents said they had discussed Brexit with their manufacturer partner and a mere 5% had sought legal advice.

Mike Allen, markets analyst at Zeus Capital, said he felt treaties and legal issues would be an early priority for manufacturers in the event of Brexit.

However, he added: “If we stayed, there might well be a lot of margin incentive for manufacturers with a strong pound perhaps reaching 1.50 against the Euro.”

Demographically, AM-online’s poll reflects a trend in the wider UK population – older voters are more likely to be in favour of leaving the EU.

Of those who voted to leave the EU, the biggest concentration was in the 51-65 age group, which was 54% for Brexit, 42% against. This was almost exactly opposite to the split among 18-35-year-olds, where 57% voted to remain and 40% to leave.

Those over 65 were almost 67% in favour of Brexit while 36-50 year-olds were evenly split.

The biggest response to AM-online’s poll came from the South East, which voted almost 55% to leave the EU, against 41.4% who wished to stay. However, respondents in London voted strongly to remain (54.6% remain; 39.4% leave). 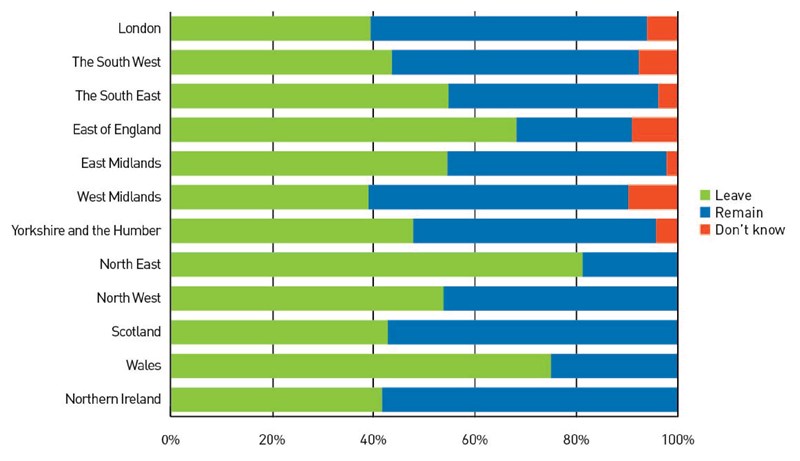 The strongest ‘leave’ vote was from the North East, where 81.6% of respondents voted in favour of Brexit, despite Nissan’s Sunderland plant employing 6,700 people in the region.