What AM learned at NADA, the world's biggest car dealer event 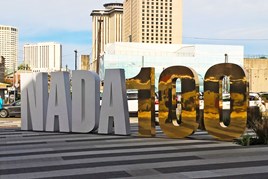 Franchised dealers in the USA share concerns with UK counterparts about their new car market having peaked and signs of an approaching decline in used car values now stocks have rebalanced.

However, Malcolm Thorne, executive vice president and chief global strategy officer at CDK Global, told AM he believes the UK is ahead of the USA in aspects of digital retailing. America’s manufacturers are yet to broadly roll out online sales channels that are appearing in the UK.

He said most US consumers also expect instant gratification. They want to take the car home that day, which creates a lot of potential process differences to the UK, where buyers will order and collect the car days or weeks later. In either case, buyers are becoming frustrated by a three or four hour process to complete their car purchase, he warned. Technology companies have to help franchised dealers speed up this process.

A Ford-supported trial is underway at one of its dealerships in Ohio, USA, of a system from financial technology firm AutoFi which allows a customer to buy a vehicle directly from the dealership’s website.

It was clear from the exhibition halls at NADA that software will drive the capabilities of franchised dealers forward. As dealer groups continue with centralisation of some functions, such as of HR, accounts and trade-in management, lots of technology is supporting that.

CDK launched MenuVantage Platinum, a predictive menu selling tool. It predictively presents individual F&I products to customers based on historical transactional behaviour as well as information gathered from them during the sales process.

“Technology solutions are becoming more and more data-driven, and that’s a global trend,” said Thorne. “As an automotive industry we’ve seen  others emerge, like Netflix, Apple, Google, that have used significant amounts of data, and we’re starting to see the automotive industry really adopt those technologies now.”

He believes dealers will need help with data, but there has been a shift, as CDK’s customers argue they don’t want more reports, instead they want recommendations.

Thorne said: “Analytics need to be embedded into technology products designed to make recommendations. What the dealer needs is actionable advice, such as these are the five cars you need to sell because you’ve too many of that model, and you need to buy three red cars.”

Based on a dealer’s own buying preferences, stock turn and profit goals, plus reconditioning and transportation costs, and the state of the dealer’s existing inventory, Stockwave can put forward the most suitable stock available for the dealer to acquire and retail for optimum profit.

Kelley Automotive Group has used the system for almost a year, and its director of pre-owned operations Trent Waybright, said a frustration of sourcing used car stock is the hours spent identifying suitable auction vehicles but then not successfully bidding on all of them. TIM ROSE 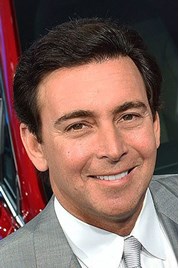 In a keynote address, Ford Motor Company president and chief executive Mark Fields assured NADA attendees that the carmaker is not swayed by suggestions that ongoing developments in technology, mobility and ownership habits could render dealers obsolete.

“I say unequivocally that Ford believes in this franchised model,” he added. Fields said the dealer’s role will become even more important as it expands to be a mobility company, not simply a retailer and repairer.

Ford expects that from 2030 electrified vehicles will outsell combustion engine vehicles, and shared a 2050 vision of mass urban implementation of autonomous transportation systems. Fields told dealers this would bring “huge opportunities for our businesses” such as service and maintenance, mass transport, providing parking and charging for EVs, and out-of-hours storage facilities for shuttles and mass transport. Showrooms should also become “innovation stores” to allow consumers to experience technology in a better way. However he hinted the dealer networks will be structured for three different audiences: the urban market, suburban market and the rural market.

“The solutions we’re developing for the future are going to be local solutions, and who knows the local community better than you? Each of you has a pivotal role in developing the communities of tomorrow,” Fields told the gathered dealers. 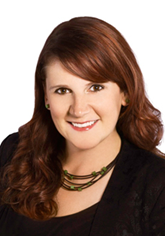 NADA insight: recognising and tackling fraud in your dealership

NADA insight: recognising and tackling fraud in your dealership