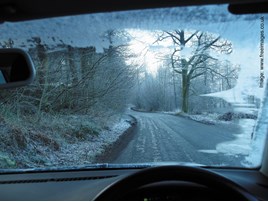 Regit chief executive Terry Hogan raised concerns as wintery road conditions continue into January. He said: “Driving during colder months can be particularly perilous with icy roads, fewer daylight hours and poor weather conditions, so it’s not surprising to see more of us are replacing our cars because of accidents.

"It is a stark reminder to be extra vigilant and safe on the roads."

Regit's data also revealed that 9% of cars are on the road without a valid MOT.

Top 10 cars most likely to have an expired MOT:

Hogan said: “This puts drivers and other road users in serious dangers, especially on wintery roads.”

Regit hopes this new information will serve as a reminder to Britain’s motorists that driving without an MOT is both illegal and dangerous, with culprits facing up to £1,000 fines if caught.