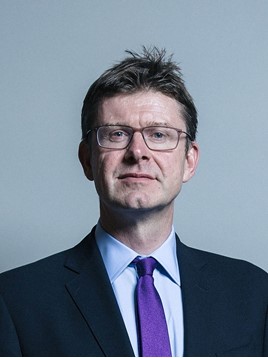 Following his speech at the FT Future of the Car Summit on May 15, Auto Express magazine reported that business secretary Greg Clark said “there’s still a place for diesel.”

His comments are in stark contrast to messages from ministers supporting the Government increasing taxes on new models, planning low emissions zones where diesel cars could be restricted and charged extra, and announcing a total ban on the sale of new models in 2040.

According to Auto Express magazine, the business secretary said: “It would be the wrong decision for people to think that holding onto an existing diesel vehicle rather than upgrading to a much more environmentally friendly new one is a good step for the planet. We will,throughout our report, stress that.

“There’s a place for diesel vehicles and there will be for some time to come.

“If you’re driving a diesel-powered car long distances then that’s a very different impact than in the city. So we need to make sure people make the right choices for the environment and for their own use.

"What we’ll set out in the report we’re going to publish is how different choices may be right for different people in different circumstances.'

NFDA director Sue Robinson said: "Following a number of meetings with the Department for Business, Energy and Industrial Strategy where our concerns were raised, it is encouraging to see that the Secretary of State's comments on diesel echo NFDA's views.

"While the automotive industry as a whole is making huge efforts working alongside the Government to meet the zero emissions target, it is crucial that motorists have a comprehensive package of incentives to ensure that they feel confident switching to low emission vehicles and that they are provided with further clarity on emissions.

"We will continue to engage with the Department for Transport and we look forward to the publication of the Road To Zero report."