Franchised car retailers could be set to benefit from growing sales of electric and hybrid vehicles as consumers consider them their most trusted option for maintenance and servicing, according to the NFDA’s Consumer Attitude Survey.

While the majority of the 1,000 respondents who completed the National Franchised Dealers Association’s 15-minute Spring 2018 online survey more closely associated independent retailers with aftersales services, the tide turned when AFVs were factored-in. 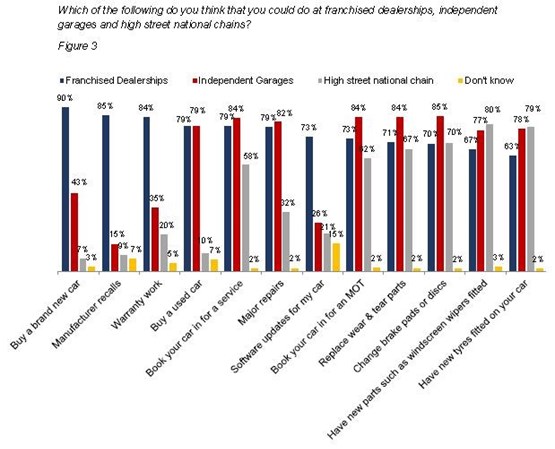 Respondents who have used a franchised retailer for aftersales during the past two years, 59% said that they would trust them to service a hybrid vehicle, compared to just 12% for an independent garage and 4% for a national chain. For an EV those rose to 61%, compared to 8% and 5% for the independent offering and national chain, respectively.

Those respondents who had not used a franchised retailer for their vehicle’s maintenance in the past two years 35% trusted them with a hybrid and 41% with an EV – the highest measure of trust once again.

NFDA director Sue Robinson was most pleased with the findings that “89% of franchised dealer customers were satisfied with their most recent servicing experience”.

A total of 73% of franchised retail customers also deemed their aftersales offering the safest, compared to a 21% result for independents, though this swung dramatically among those loyal to their local operator.

Of those who had not used a franchised retailer in the past two years, 41% deemed them the safest aftersales business, compared to 43% for the independent sector.

Robinson said: “Franchised dealers are renowned for their professionalism, knowledge and reputation and it is positive to see this being recognised by consumers in their aftersales habits and perceptions.

“The high levels of repeat business franchised dealers undertake demonstrate their competitive edge in terms of providing both sales and after-sales services to consumers.

“Franchised dealers’ ability to provide unrivalled, high-quality service for all types of vehicles and customers continues to set them apart.” 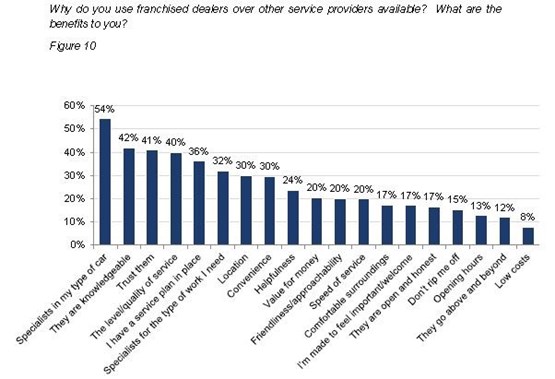 The Consumer Attitude Survey was commissioned by the National Franchised Dealers Association (NFDA) and executed by Public Knowledge*, an independent market research agency, to explore current consumer perceptions of franchised dealers and their competitors as well as understand consumer aftersales behaviour.

The NFDA Consumer Attitude Survey Spring 2018 is the fifth issue of the survey.

Overall, franchised dealers continue to be described by the vast majority of all consumers as professional (52%), knowledgeable (46%) reputable (46%) and with good customer service (43%).