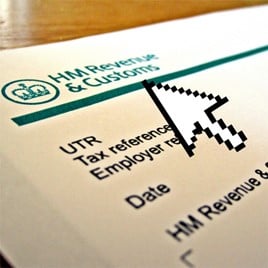 The effect of changes announced by HMRC this week relating to how VAT applies to PCPs will be “limited” as long as sensible residual values are being set by finance companies, says Startline Motor Finance.

Currently, PCP is classed as a supply of goods by HMRC but according to a new briefing document, certain PCP deals could be reclassified to become a supply of services, starting in June.

This creates a number of advantages and disadvantages for the motor trade and its customers. In the plus column, VAT will now only be due when customer payments are made, reducing the amount paid by those who hand back the car at the end of the contract.

However, where the final instalment or balloon payment being set is approximate to the vehicle’s market value, interest on PCPs will no longer be VAT exempt. Also, ex-PCP used cars that have been reclassified as leases sold by dealers will now attract VAT on their full selling price.

Startline’s chief executive Paul Burgess said: “There has been some degree of consternation about this in the market but the key is that the changes only apply where, to use the HMRC’s wording, ‘the final optional payment is set at or above open market value.’

“What this means, according to our reading, is that the move is very much designed by the Government to discourage the setting of overoptimistic future values for PCPs.”

He said that the new rules could create new costs for both dealers and also potentially customers but that this can be avoided by simply setting more conservative residual values.

“To put this into context, we set our future values at 85% of the forecast future trade value of the vehicle, which is a level that is consistent with many other responsible lenders. Therefore, as long as sensible balloon payments are set, the effect will be limited,” said Burgess.

“What might happen is a further reduction in some of the aggressive PCP pricing that has been seen in the market, but this has been much reduced in recent years anyway.”

Startline’s interpretation of the announcement is based on a European Court of Justice ruling from last October based on a case bought by Mercedes Benz Financial Services.

The finding was that, essentially, a customer entering a PCP will only ever choose to buy the vehicle at the end of the contract if the future value set is below current market value.

Burgess said: “Essentially, what the ECTJ has tried to do is ensure that PCPs function in the way they are designed to be used, rather than becoming almost indistinguishable from PCH.

“Our PCP has found a high level its own niche and a high level of success very quickly. We believe that the HMRC ruling will have little or no effect on its rate of take-up.” 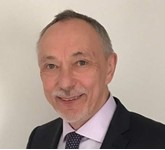