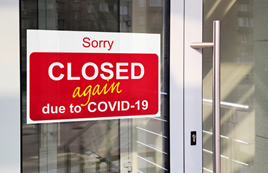 Car retailers fell short of lobbying their local MP over 'Lockdown 2' despite widespread opposition to the showroom closures delivering a blow to Q4 sales, an AM survey has revealed.

While the vast majority of car respondents to AM’s recent ‘COVID-19 Lockdown in England Survey’ asserted that showrooms were safe environments and should not had been shut as part of Government’s new measures, barely any took their arguments direct to their local MP.

In total 95.2% of respondents to the survey – representing over 120 car retail businesses – said that they had not lobbied their MP over the issue that looks set to cripple car sales volumes throughout Q4.

Addressing the PM in the correspondence, NFDA chief executive, Sue Robinson, said: “You may not yet have been briefed about how vehicle showrooms have been operating since they reopened.

“They were the first industry sector to reopen on June 1st, operating to COVID-secure guidelines formulated by the industry and BEIS officials.

“Our dealerships have not caused COVID-19 to spread over the past five months – and nor are they causing it to spread today.”

Last week the Society of Motor Manufacturers and Trades (SMMT) said that it expected the combined impact of England's COVID-19 'Lockdown 2' and the Welsh 'firebreak' to result in the UK’s weakest new car sales performance since 1982, following a 1.6% decline during October.

The SMMT has now reduced its 2020 new car registrations forecast by a further 100,000 units as a result of the COVID-19 mitigation measures in Wales and England.