Was this article useful?
29 people found this useful 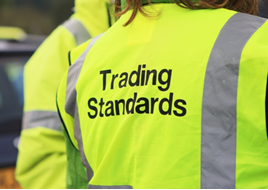 Car buyers have been warned to be on their guard as Trading Standards track a bogus online retailer demanding full payment to secure next day delivery of vehicles which never arrive.

Consumers in and around Hereford have been caught out by the scam after handing the bogus company, CAR MARKET (HEREFORD) LTD, the full asking price of vehicles advertised via eBay, Gumtree and Motors.co.uk, Hereford Trading Standards said.

The authority said that many of the cars advertised were valued at around half of their usual retail price as a ploy to entice unwitting customers.

The vehicle was never delivered, and Hereford Trading Standards later found that the advert had been copied from a genuine dealer’s advert from earlier this year.

Herefordshire Council’s Trading Standards manager, David Hough, said: “This is an elaborate, but not uncommon scam and could net the fraudsters a fortune if not stopped.

“Our officers are investigating the matter and working with the online platforms to take down as many of these bogus adverts as possible.

“We would urge car buyers to be very careful how they purchase vehicles online.

“If you are going to pay for a vehicle you do not actually have in your possession yet, then we recommend the payment must be by credit card only.

“In addition if the car is delivered but is not as described or in the condition advertised then you can claim a refund from the credit card issuer should the trader refuse to honour your statutory rights, including the 14 day cancellation period for online sales.

“Payment by money transfer or cheque offers no protection whatsoever, and if a deal seems too good to be true, it probably is.”

According to Hereford Trading Standards, the fake CAR MARKET (HEREFORD) LTD business claims to trade from a false address of Ross Road, Ledbury.

Anyone concerned about their dealings with the business is urged to contact the Citizens Advice Consumer Helpline on 0808 223 1133 or visit the Herefordshire Council website for more consumer advice.