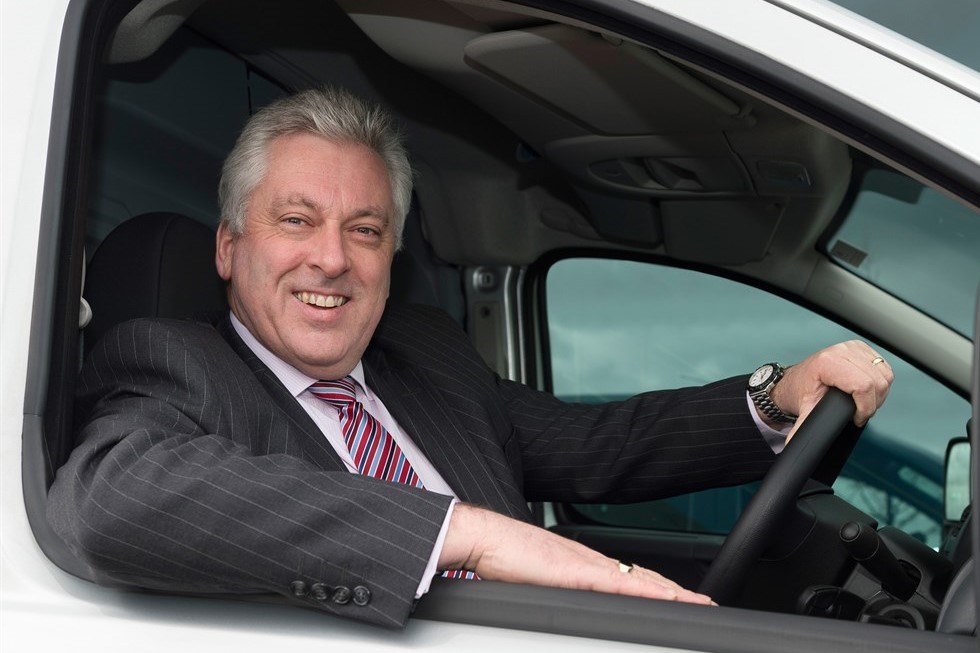 PSA Group is targeting SMEs in a bid to expand its commercial vehicles operation and is calling on its franchised car dealerships to “embrace” the concept of van sales.

Speaking to AM during the event at Birmingham’s NEC, Smith said: “The whole 180-strong network can deal in commercial vehicles, but perhaps many do not put enough into it.

“I want all dealers to sell more vans. If you’re a Citroen dealer and you decide ‘I’m not really bothered about commercial vehicles’ it is pretty much like a Tesco supermarket saying ‘I don’t think we’ll bother with fruit and veg’.

“There is more scope for profit than many dealers think and, with the new Dispatch we have here, in particular, there’s scope to sell service plans and an array of personalisation options.

“I was speaking to someone from VW and they told me that the average options on a Transporter amounted to £1,500. That is something that we can be aiming for.”

Crossley added: “The big growth in the market is coming from SMEs. It accounts for around 55% of the market and we’d like to see our whole network doing a little more to nurture their relationships with local businesses and help us grow in that area.

“The margins are quite tight in LCVs, but sales do bring the opportunity to considerably grow aftersales. With over 30% of Peugeot’s sales coming from the commercial side, you can’t afford not to embrace that added income as a dealer.”

Smith and Crossley said that the commercial sector had grown by around 30% last year, but both expected that to slow in 2016.

The Group has an established network of 80 Citroen business centres which handle sales to SMEs and fleets of up to 50 vehicles, returning an average of 1.2% RoI, according to Smith, who added: “I think they are earning less this year than they were last year, but other brands have dropped off far more significantly.”

Staff from those centres visited the CV Show to get their first glimpse of the new Citroen Dispatch and Peugeot Expert LCVs, which were launched at the event.

Sitting on the same all-new platform as the Citroen C4 Picasso, the new arrival boasts passive damping which adjusts to load weights to deliver a better drive, automated sliding side doors which respond to a wave of a foot and advanced connectivity via Apple CarPlay or MirrorLink.

Both vans now come in three lengths (4.60m, 4.95m, and 5.30m) and both Smith and Crossley expressed hope that the Citroen Space Tourer and Peugeot Traveller Combi versions could boost sales for their brands when order books open in June ahead of September deliveries.

Smith said: “The real challenge for us in the coming year will be making the most of the opportunity that the car side of the Dispatch business has presented.

“As a bigger brother to the C4 Picasso it the Space Tourer should appeal to a corporate customer: hotels, golf clubs, airports.

“It really is a very comfortable vehicle with the ability to carry up to nine people and it’s something that, hopefully, will win sales in all our dealerships.”

Commenting on the i/Lab concept which appeared at the CV Show – a Peugeot Traveller decked out with a tablet-style table and leather armchairs to showcase the possibilities of the new platform – Crossley said: “It’s a fantastic concept and really showcases the vehicle.

“The key thing really is that the new packaging ushers in Euro 6 compliance and does so in a really neat way, but to see such a fun concept at launch serves to show the new direction we can take with it.”