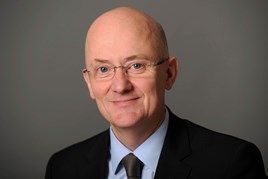 Imposing margin changes on dealers in April “was not the right thing to do”, said outgoing Nissan Motor GB managing director Jim Wright.

Speaking to AM at the Paris Motor Show before he took up his new role as Nissan’s vice-president of Nissan Europe East, Wright conceded that Nissan’s latest NFDA Dealer Attitude Survey results were “unacceptable”.

Nissan’s overall rating fell to 5.3 in the summer survey, from 6.6 in winter (the industry average rose from 6.1 to 6.2 over the same period).

Wright said mistakes had been made in the pursuit of focusing on customer satisfaction.

“We made changes to the margin in April and, in hindsight, that wasn’t the right thing to do,” he said.

“We made those changes quite quickly and we should have communicated them more clearly and given the network more time to action any changes that needed to be made. It was well meant in that we weren’t cutting the absolute margin, but we were targeting different areas around customer service.”

Wright said the changes were imposed at about the same time GPU (gross profit per unit) was under most pressure – falling from 1.3% to 1% - due to March’s high self-registration levels.

“You had a perfect storm there in that there were high levels of stock, pressure on margins and low profitability,” he said.

Nissan has consulted its dealer association, which responded that franchisees understand the grounds for changes, but need more time to implement them. “I take that on the chin,” said Wright.

He added that Nissan has “fixed” the situation and  said plans for 2017 had already been communicated, to give the network time to adapt.

A new dealer council has also been established with Eastern Western’s John La Trobe as chairman.

Wright said efforts have been made to bring down the number of self-registrations in 2017. Profitability will continue to be based on CSI scores.

Later this year, Nissan will incorporate reviews on the front pages of dealer websites: “There has been some pushback from our partners, but search the internet for a dealer and while the first result might be their website, the second will probably feature a review from a customer. It’s already there, why not put it front and centre of our own sites?”

Nissan scored 2.7 (against an average of 4.7) in the latest NFDA survey for the cost to dealers of registering and maintaining its demonstrators.

Nissan launched a new Micra hatchback at the Paris Motor Show, targeting B-segment rivals like the Fiesta, Corsa and Polo head-on for the first time.

Wright said “quality product” had made the move towards a new CI viable for partners, but that a market share of 5.7% at the end of this year would need to be supplemented by a more efficient aftersales operation if dealers were to maintain margins in 2017.

“We are asking dealers to hire more people and, if necessary, look more closely at their physical capacity. They can no longer rely on GPU.”

See our full coverage of the Paris Motor Show here.

Wright said discontent in this area was linked to the manufacturer’s demand for improved customer service. One of its ‘You+Nissan’ pledges promises consumers they will be able to test drive the model, engine and transmission they are interested in when they book. It also promises the use of a courtesy car to service customers.

He described demonstrators as “a bone of contention” within a network where aftersales capacity is being stretched by a growing car parc.

“I think ourselves and our partners have underestimated the capital investment it takes to accommodate all that new volume of aftersales activity. There are pockets where customer service scores show that customers aren’t always getting courtesy cars. Dealers are investing to change that, but courtesy cars and demonstrators aren’t always profitable, so it’s difficult.”

Wright said Nissan was working to separate demonstrator and courtesy cars in an attempt to address the issue.

Wright, who will be replaced by former Volkswagen UK director Alex Smith, said he is impressed by the shape the Nissan network is in.

“The depth and the quality of the network is greatly improved,” he said.

Eastern Western’s new flagship retail site in Edinburgh, Vertu’s investment in a new centre for Glasgow and Motorline’s facilities in Bristol, Reading and Tunbridge Wells are all part of the move towards the Nissan Retail Concept corporate identity.