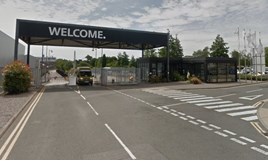 A Mini plant worker who tried to sue BMW for £1 million in damages has been caught “faking it” and now faces more than £100,000 in court costs.

The Oxford Mail reported that Darius Creer claimed that he suffered an electric shock whilst working on Oxford Mini Plant's assembly line in April 2003, leaving him without the use of his right arm.

Insurers acting on behalf of BMW covertly gained footage of him driving and apparently working at a local repair workshop, where he was seen pushing a car with his right arm.

Details of the case emerged after Peter Bennett, of Dolmans Solicitors who represented BMW, issued a report stating: "The importance of this decision cannot be overstated."

The report explained that this is the first known case of its kind that was struck out due to 'fundamental dishonesty' before a costly multi-day trial had started.

BMW UK’s head of legal Gill Woolley told The Oxford Mail: “Like any responsible employer we are committed to ensuring high levels of health and safety in the workplace.

"Any genuine claims we receive will always be dealt with fairly and in a timely fashion.

"However, we will not hesitate to take appropriate legal action with regard to spurious or dishonest claims, as we have done with the support of our insurers on this occasion.”

Having only worked at the Cowley plant for four months prior to the incident, Creer alleged he was electrocuted by the remote control of an overhead crane.

Footage of a medical examination showed him in apparent pain, and barely able to move his right arm.  He arrived at further assessment with his arm in a sling, and was driven by his wife – a move that is believed to be an 'anti-surveillance tactic'.

BMW insurers’ covert filming showed the opposite, and proved there was “little, or nothing” physically wrong.

Former colleagues gave statements on behalf of the defence confirming the incident was 'very minor' and that they were surprised at the nature of his claim.

Dolmans served a 56-page witness statement at Oxford County Court on July 7, 2017 and two weeks later Creer's solicitors removed themselves from the case.

He continued the fight by representing himself, but it was struck out on November 29.