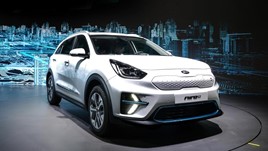 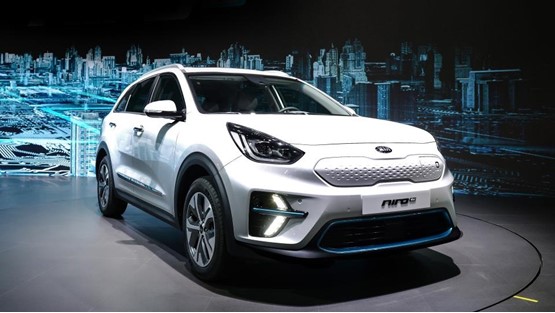 Kia is set to launch a fully electric version of the Niro, with a range of up to 280 miles, before the end of the year.

The new Niro EV will go on sale in Korea first, before being officially launched in Europe.

Customers can choose from two battery options: A 39.2kWh version that provides a range of 186 miles and a high-capacity 64kWh version for a 280 mile range.

Charging the 64kWh Niro EV is said to take 54 minutes when using a fast charger. Models fitted with the smaller battery will charge more quickly.

Emilio Herrera, chief operating officer of Kia Motors Europe, said: “The Soul EV – Kia’s first globally-sold electric vehicle – has proved popular with European buyers, with growing interest in zero-emissions vehicles. The Niro’s new all-electric powertrain rounds off a trio of low-emissions powertrains available to European buyers, alongside the current hybrid and plug-in hybrid versions. A combination of cool crossover design and advanced powertrains led to more than 28,000 Niro sales across Europe in 2017, making it one of our best-selling models. The Niro EV further demonstrates the progress Kia has made in delivering comfortable, practical and fun-to-drive vehicles that lead the way in zero-emissions driving.”

Sharing the same body as the existing Niro, the Niro EV differentiates itself with a series of exclusive design features.

At the back, reshaped rear bumpers feature similar light blue highlights to those found at the front of the car, while new LED rear lights give the Niro EV its own light signature.

Inside the Niro EV, a new interior features a simplified sentre console. The Niro’s seven-inch touchscreen remains at the centre of the dashboard, but has been updated to offer a series of EV-specific features.

When the Niro was first launched in 2016, its new platform had been engineered to accommodate a variety of alternative powertrains and therefore offers practicality and versatility with a 451 litre boot.

Lane Following Assist is a Level Two autonomous driving technology which tracks vehicles in front of the car in traffic, and detects road markings to keep the Niro EV in its lane on the motorway. The system controls acceleration, braking and steering depending on the convoy of vehicles in front, using external sensors to maintain a safe distance. Lane Following Assist operates between 0 and 80mph.

Kia has not confirmed any details about pricing of final specification yet and says this information will be available closer to the vehicles European launch.