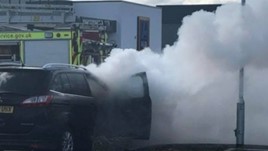 Ford has agreed to refund car owners after a fault caused hurndreds of one-litre EcoBoost petrol engine failures just months issuing a recall of 15,000 1.6-litre versions of the turbocharged powerplant.

Action will be taken after an investigation carried out by the BBC's Inside Out consumer programme found that hundreds of Ford owners across the UK had experienced catastrophic failures with their cars and as a result were being left thousands of pounds out of pocket.

Ahead of the television programme’s screening on BBC One at 7.30pm tonight (October 1), the BBC revealed that Ford is now offering to cover the entire cost of repairing one-litre engines which had overheated.

Ford said: “With any future cases, subject to being assessed and linked to potential 1.0-litre engine overheating, we will contribute 100% of the cost of repair at a Ford dealer.  Furthermore, we will re-examine previous cases to ensure that this policy of a 100% contribution to the repair cost is applied consistently.”

Ford had previously asked customers to pay the full or part cost for their replacement engines leaving many out of pocket.

Inside Out highlighted cases which have effected both blue oval’s award-winning one-litre and 1.6-litre Ecoboost engines.

Among the motorists interviewed by the BBC was Sam Backhouse, a Ford customer for 10 years, from Huddersfield.

Her one litre Ecoboost car was described as “a lifeline” for her and her husband Mally who has terminal cancer.

Backhouse received a letter from Ford to say that the car needed a replacement coolant hose but before the work could be carried out her car suffered a complete loss of power.

Repairs were carried out to the car, a replacement coolant hose was fitted and Sam collected the car. But she said: “Literally 200 yards out of the garage it went into limp mode again and the lights came back on.”

Backhouse was left without a car for over a month which was a struggle to juggle her job as well as caring for her terminally-ill husband. She said: “People say it’s just a car but it’s not just a car to us, it’s a lifeline to us.”

Backhouse’s finance company eventually agreed she could sell it back but she lost the HP payments she had made over the previous 18 months.

Chris Walker, an engine expert from Rochdale, said that the problem with the Ecoboost engines centred around the cylinder head. He said: “What we’re finding is they seem to be cracking. We’ve seen quite a few now that have all cracked in the same place.  When it’s cracking, it’s allowing the coolant to go into the exhaust system. If it loses all its coolant, the engine will overheat and the engine will eventually fail.”

In January Ford identified a problem with its 1.6-litre EcoBoost engine, which had caused some vehicles to burst into flames.

The BBC said that Inside Out’s investigation had discovered that Ford had been aware of the fire risks to the engine for more than five years, however.

Problems with the engine were identified in 2012 following several vehicle fires in the US, it said. Yet in the UK a recall notice wasn’t issued until Jan 2018, four years after a similar recall notice had been issued in the USA. 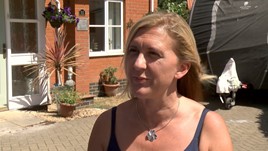 Clare Robson, from Lowestoft, had received a recall notice from Ford for a fault with the cooling system on her Grand C Max.

She booked her car in at the Ford garage for the fault to be repaired and arranged an appointment two weeks later.

But, describing what happened two days later as she was driving down a busy dual carriageway, she told the BBC: “I've noticed that the smoke is actually coming from under my bonnet. I started thinking that I need to get to safety so I left the dual carriageway at the slip road.”

After describing that she had pulled into a busy retail par, Robson said: “I was terrified, there were people around me, there were children, it was a busy bank holiday weekend and there were billows of smoke coming from under the bonnet.

“I saw the first flame lick up from underneath the bonnet and I thought, I need to get out of the car now.”

Ford told Inside Out that safety is its number one priority. The company said: “The recall of the 1.6 litre Ecoboost affects more than 15,000 vehicles and work to fit a new sensor combined with proper maintenance of the car’s coolant system makes the vehicles safe to drive.”

Commenting on the four-year delay to issue a recall notice to UK customers was attributed to different, Ford said: “Vehicles are manufactured with different specifications around the world. We launched the UK recall when it had been determined a safety issue existed.”