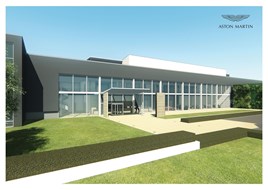 Aston Martin has reported an 899% year-on-year increase in profits during Q3 as it doubled production output in its first set of financial results since its IPO last month.

“These strong results give us confidence that we will meet our full-year targets with sales at the top end of the range.

“This will pave the way for future growth as we prepare to begin production of the breakthrough DBX model at our new plant at St Athan, and as we receive further orders for new models including the DBS Superleggera and special editions. 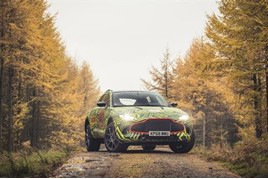 “We are proud of our inaugural results as a listed company. They show that our Second Century plan is working and that we are well placed to deliver long-term sustainable growth."

During Q3, the Aston Martin was able to deliver strong volume sales growth in the Americas (+185%) and Asia Pacific (+133%).

In China, sales more than doubled amid strong demand for DB11 derivatives and the new Vantage.

Unit sales in the UK increased 66%, offsetting lower volume growth and some softness in EMEA pending new model introductions in the region, the brand said in a statement.

Despite the positive results, Aston Martin’s share prices have yet to react strongly, and the Evening Standard reported this morning that the brand had “skidded again” as shares continued to be down more than 20% since its £4.3 billion flotation.

Brexit uncertainty has been partially blamed for the hesitation.

Speaking after the announcement of the brand’s latest financial results, Palmer told the news agency Reuters that his impressions of the draft deal were that “It appears to be good enough”.

When asked if Government’s progress was enough to allow the company to change any of its contingency planning, which includes potentially flying in components and changing ports to maintain its output, Palmer said there was not enough certainty at this point, however.

“You can’t stand anything down yet,” he said.