Seat will enter the seven-seat SUV market in early 2019 with the launch of its new flagship, the Tarraco.

The new SUV is designed for buyers who want sportiness, comfort and technology, with the practicality of seven seats.

Joining Seat’s exisiting Arona and Ateca SUVs, the Tarraco sits at the top of the brand’s range and is expected to boost sales further.

Prices are yet to be confirmed. 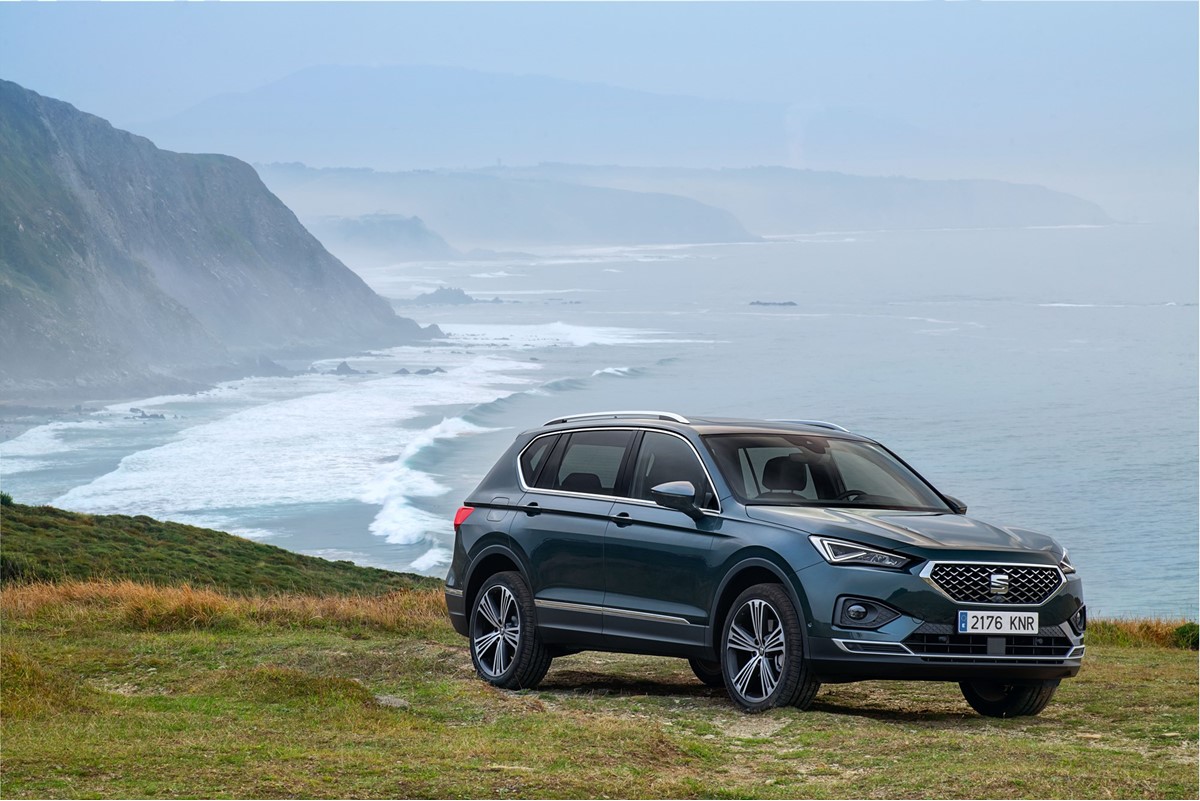 At the front, a prominent grille design gives an increased road presence, while the full LED headlights retain the company’s triangular light signature.

Seat’s customisable Digital Cockpit provides clearer information to the driver, and helps them keep their eyes on the road.

There are two petrol engines and two diesel engines available from launch.

The four-cylinder 1.5-litre TSI produces 150PS and is linked to a six-speed manual transmission powering the front wheels. A 2.0-litre 190PS petrol engine is offered with a seven-speed DSG gearbox and all-wheel-drive.

The 150PS variant can be ordered with either front-wheel drive and a six-speed manual or seven-speed DSG with all-wheel-drive.

The 190PS variant is only available with the seven-speed DSG and all-wheel-drive.

A plug-in hybrid version will also be available by 2020.

Front assist with bicycle detection, lane assist and Emergency Call are all standard throughout the range, while Adaptive Cruise Control is standard on the Tarraco in range-topping Xcellence trim.

The new Pre-Crash Assist system can react in 0.2 seconds should it detect an accident is about to happen – tightening the seatbelts, activating the hazard lights, rolling up the windows and closing the sunroof – helping protect the passenger compartment.

Rollover Assist, another new initiative, will make an emergency call, switch off the engine, unlock the doors, turn on the hazard lights, and change the ventilation system if it dectects a roll-over.

Pre-sales of the new Seat Tarraco will start in December, when pricing and fuel economy data is expected to be published.