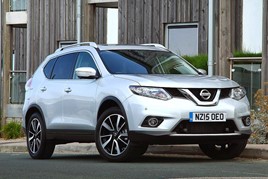 Government may ‘review’ a £60m funding package designed to secure production of the new Nissan X-Trail at the manufacturer’s Sunderland plant after plans were revealed to build the SUV in Japan.

The Times newspaper reported today (Monday, January 4) that Ministers were considering withdrawing the package, which was designed to help fund the training of staff at Sunderland in preparation for the new model’s arrival on production lines, following the manufacturer’s reversal.

The newspaper said that Greg Clark, the business secretary, was told by the car giant that the switch of production from Sunderland to Japan was now “not negotiable”.

Nissan is said to have blamed wider industry pressures on the change of plan, with Brexit “uncertainty” also hampering its future planning in the region.

A government source told The Times “clearly we will be reviewing (the funding package) in the light of this decision.”

Part of the Government’s package of funding is understood to have been intended for upskilling of the Sunderland workforce ahead of production of the new Qashqai at the plant and Nissan is said to be continuing in its plans to build that vehicle in the North East.

Falling demand for diesel cars in Europe is among the key influences on Nissan’s decisions involving its UK production operation.

The brand is set to invest in other technologies and save costs as a result of the shift.

Reuters reported that hundreds of jobs were cut at the Sunderland factory in the north of England during 2018 as output declined by 11% as a result of levies and crackdowns on diesel.