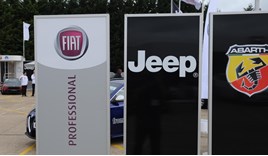 FCA Group has withdrawn its proposal of a “transformational” €33 billion merger with Renault after representatives from the French government allegedly stalled a potential deal.

The owner of the Abarth, Alfa Romeo and Fiat brands confirmed in a statement issued last night (June 5) that the move – which could have helped the two businesses to consolidate amid major industry shifts, including towards electric vehicles (EVs) – had fallen flat.

Renault said it had been unable to reach agreement because representatives of the French government, the manufacturer’s biggest single shareholder, had requested a postponement, the BBC reported.

FCA Group said: “It has become clear that the political conditions in France do not currently exist for such a combination to proceed successfully.

“FCA expresses its sincere thanks to Groupe Renault, in particular to its chairman and its chief executive officer, and also to the Alliance partners at Nissan Motor Company and Mitsubishi Motors Corporation, for their constructive engagement on all aspects of FCA’s proposal.”

But it said it was still "firmly convinced of the compelling, transformational rationale" of its proposal to Renault.

The French government is Renault’s biggest shareholder, with a stake of more than 15%. Nissan also owns 15% of the carmaker, while Renault owns 43.4% of Nissan's shares.

The Financial Times reported that talks between FCA and Renault had ended after six hours of discussions in Paris last night.

Had the attempts at forming the merger been successful, FCA and Renault would have each owned 50% of a business with combined global sales of 8.7 million vehicles a year — making it the world’s third-biggest OEM behind General Motors, Volkswagen and Toyota.