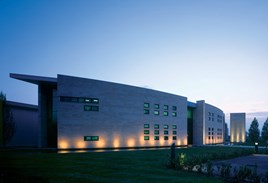 Accounting errors have been blamed for an understatement of Aston Martin’s 2019 losses by £15.3 million.

Revisions to the British sports car manufacturer’s reported accounts – including payments to US dealers which had previously booked later than they should – mean that losses in the period amounted to £70.9m rather than the £55.6m previously stated.

News of the issue, which dates back to 2018, the year Aston held its initial public offering, came as the company announced H1 losses of £227.4m in a statement issued today (July 29).

Commenting on the accounting issue which led to the mis-reporting of Aston Martin's 2019 losses, the brand's recently-appointed chief financial officer, Kenneth Gregor, told the Financial Times (FT) that “There are a number of different potential ways the incentives are accounted for, so there are different ways it can be done,” adding that the mis-reporting had been the result of a “simple error or misunderstanding”.

Aston Martin is currently embarking on a plan to axe 500 jobs as part of a restructure of its operations designed to save £10 million each year.

The OEM’s executive chairman, Canadian Billionaire and Formula One team boss Lawrence Stroll, described the move was part of a “fundamental reset” for the business back in early June.

The Financial Times (FT) today reported that Aston had so far succeeded in cutting the vehicle inventory at its dealers by 869 cars, but the process of clearing out forecourts of unsold vehicles will last “well into 2021”, the company said on Wednesday.

As a result of the destocking, the group’s flagship Gaydon plant, which makes its sports cars, will remain closed until late August, it said, making it one of the last auto plants in the UK to reopen following the shutdown in March.

Aston Martin begun a “phased return” to vehicle production at its DBX SUV-producing St Athan plant, in South Wales, back in May, however.

Commenting on the continued closure of its production facility at Gaydon, Gregor told the FT: “We don’t need to produce vehicles that would just add to the problem.

“It’s painful, but it’s the right thing to do.”