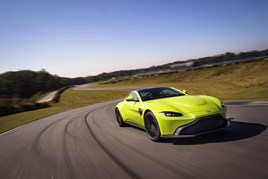 Aston Martin has revealed a plan to axe 500 jobs as part of a restructure of its operations designed to save the British carmaker £10 million each year.

The OEM’s executive chairman, Canadian Billionaire and Formula One team boss Lawrence Stroll, described the move was part of a “fundamental reset” for the business in an announcement this morning (June 4).

Commenting on the cuts to its 2,565 workforce will “bring the cost base into line with reduced sports car production levels, consistent with restoring profitability”, Aston Martin said.

The manufacturer confirmed last month that it its president and chief executive, Dr Andy Palmer, would step down before the introduction of a new chief executive, in the form of Mercedes-AMG boss Tobias Moers set to become CEO in August.

The move is part of sweeping changes made within the business since Stroll completed his consortium’s acquisition of a 25% stake in the business earlier this year.

Since Aston Martin’s Initial Public Offering in 2018, shares originally priced at £5 have collapsed and were 10% down at 55p-per share today, according to Sky News.

Aston Martin’s new recovery plan is centred on the production of the success of its new DBX SUV, built at its new St Athan manufacturing plant, in South Wales, and its new-to-market mid-engined supercars.

In today’s statement, it said: "As communicated previously, the plan requires a fundamental reset which includes a planned reduction in front-engined sports car production to rebalance supply to demand.”