Was this article useful?
9 people found this useful
9 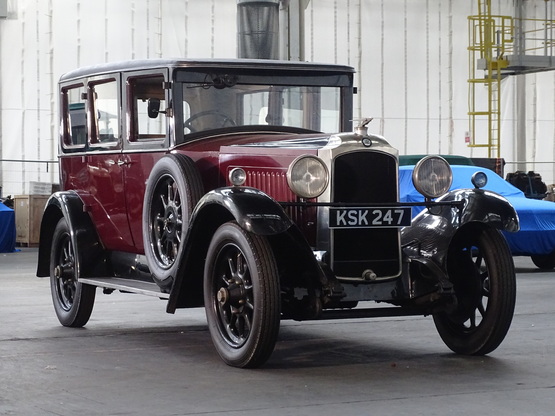 Vauxhall is selling nine vehicles from its heritage collection in a no reserve auction on April 27.

They are offered for sale as the Vauxhall heritage collection is being downsized as part of a move to a new location. It follows the announcement of the sale of Mitsubishi’s UK heritage fleet.

The sale of Vauxhall’s former Luton site meant the collection of 60 vehicles was moved to a new interim home at the company’s Ellesmere Port factory.

A new purpose built site that will enable the collection to be public facing is underway.

Roger Nowell, Manor Park’s managing director, said: “This is likely to be the final opportunity to purchase any vehicles from one of the UK’s best-known manufacturer collections.”

He believes the Vauxhalls will command huge interest, due to their provenance, condition and originality.

The oldest vehicle being offered for sale is a 1929 R-type 20/60, which was the first car to be manufactured after Vauxhall was bought by General Motors.

Joining the R-type from the pre-war years is Vauxhall’s Big Six BXL limousine from 1937, which is said to be in excellent running order and a “well-used” collection car.

A 1953 E-type Wyvern – Vauxhall’s first all-new post-war design – is a rare survivor today and will also be sold alongside a “pristine” Viva HB Deluxe from 1966, the first year of its production.

Finishing off the twentieth-century offerings are a highly usable, immaculate and original Nova 1.2 Merit from 1990, which has been associated with Vauxhall Motors from new and has a genuine sub-10,000 mileage. It is joined by a late first-series Omega V6 in Elite trim, once again in excellent and original condition.

From the post-millenium era, three models are offered for sale: a Tigra, Frontera and a Vivaro van.

Vauxhall’s nine-car consignment brings the number of cars being offered on April 27th to just under 100.

The auction catalogue is available to view here: https://auctions.manorparkclassics.com/auction/details/1-the-spring-2021-classic-car-auction/?au=2